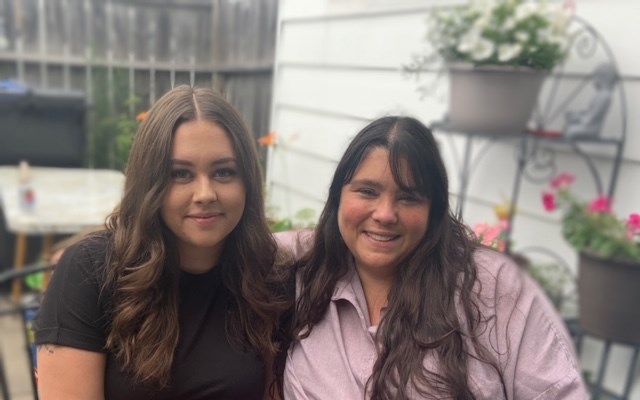 Lisa Damignani and her daughter, Christina

It is something that affects everyone but a topic few people want to discuss. Death may be a sensitive subject, however, when you’re a funeral director, it becomes your life 24/7.

Long thought of as a man’s profession, Lisa Damignani is not only part of the new wave of female funeral directors but also the owner of O’Sullivan Funeral Home. Her daughter, Christina Damignani, is following in her footsteps and is currently a registered intern at O’Sullivan’s alongside her family.

“People often feel more comfortable with a woman,” said Lisa. “We tend to be able to respond to other people’s emotions in a way that makes them feel comforted.”

“It takes a special person to do this job and some people will say it is a calling,” he explained. “If you think that it is a job, you’ll be out in a few years.”

And it is a career that is experiencing a major shift in the number of women preparing to be funeral directors. Caldwell said that in 1999, enrollment in the Funeral Service program was split. It started to climb and then plateaued at 75 per cent.

This year, it spiked.

“This year, we have 80 per cent female enrollment. The highest yet,” he said.

Caldwell said the physical demands of transporting a body or the fact that embalming was thought of as man’s line of work would have kept women from being more represented.

“The key aspect now is that a funeral director has to be caring, sensitive and compassionate,” he said. “Compassion has to be a constant because you’re dealing with people who have had experienced a loss and everyone reacts differently when they are grieving.”

Damignani’s daughter, Christina shares the same sentiment as her mother when it comes to helping people. To date, her professional background has been in the personal support worker field, however, she too felt a calling to move her compassion to another level.

“I see how compassionate my mom is and just how much people respect her and what she is doing,” said Christina. “I want to be working alongside her in this profession.”

Even with her mother taking the lead, however, there are still certain sacrifices no matter what the experience, said Caldwell.

“The Sault is not a small town, however, both Lisa and Christina are going to be quite identifiable because of the role they play in the community,” he explained. “People will know they’re funeral directors and because of that profile, they’re always on stage.”

“By becoming a funeral director, Christina is making a personal sacrifice in order to fulfil a greater sense of service to her community,” said Caldwell.