A Funeral Director’s job is primarily about helping the living 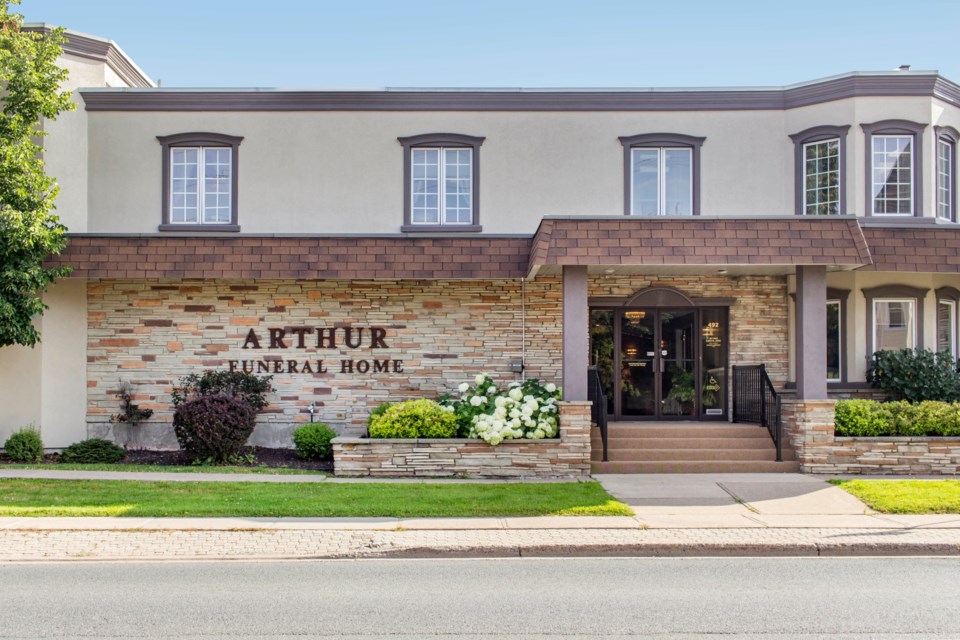 Say ‘Funeral Director’ and people’s reactions are mixed. Some people will wonder aloud how someone can do that type of work and the next person will praise the compassion and guidance shown to them by a Funeral Director after a family member’s passing.

“About 10 per cent of what we do concerns the deceased, the other 90 per cent is about the living and how we can help them not only through the grieving process but to help them to find a way to honour the life of the deceased.”

She says it is a privilege to be a Funeral Director.

“People place their complete trust in you,” she says. “It makes me stop and appreciate what people are going through and how I can, perhaps, make it easier for them.”

Like any position, it can come with challenges. Emotions are high and circumstances can be difficult and that’s where peer support comes in.

“You can’t share what happens here in a funeral home with just anyone and there can be difficult situations where we do struggle,” she explains. “Yes, it can affect you but there is great value in knowing we support each other in this industry and can reach out in confidentiality to discuss it.”

A Funeral Director’s role can start long before a death. People often make funeral arrangements while in the best of health to release the burden of decision-making from their family.

“By handling your own arrangements, you can ensure you get exactly what you want,” she says. “People don’t want a cookie-cutter funeral, they like to know what their options are and how it can be meaningful.”

The current trend is towards cremation.  The final disposition of those cremated remains along with burial or scattering now includes many more options.

“A portion of cremated remains can be retained and incorporated into everything from blown glass candle holders to jewellery,” says Cooke.

For unexpected deaths where funeral plans still need to be made, Cooke says there is no rush.

“Try to slow down so that the decisions that are made are ones that you are comfortable with because you can’t go back,” she says. “People often want to rush; get it over with and think it will then feel better and then later think that was not how they wanted it and have regrets.”

A phone call or a visit to the funeral home will provide options and information that can be processed at home.

“We’re here to give you information and then you take some time to think about it, talk to who you need to and then make the best decision for yourself and your family,” she says.

Sometimes things happen unexpectedly and quickly. If someone dies, who hasn’t been receiving home care dies unexpectedly, the police must be called. They will come to the home and then they will give the funeral home permission to transfer the deceased to the hospital or funeral home.  The deceased would only be transported to the hospital if a coroner needs to investigate circumstances leading to the death.

In the case of where death is expected to occur at home, typically for someone who has been having home care with a plan to die at home, the home care provider or nurse are prepared for this inevitability and can assist with making calls.

When someone passes, while it is important to think about what service or if cremation or burial is required, Cooke recommends that the sooner a service is held, it will help with closure.

“Some people will opt for cremation because the family may not be able to get together for a while or that there may be more appropriate timing and that is okay,” she says. “If the deceased is being buried, however, the time frame is limited to a couple of weeks.”

As for the casting of ashes in a place that was of significance to the deceased, Cooke says it is important to look into the regulations in your area or check with the funeral home.

“Cremated remains can now be dispersed in a variety of ways including placed in cremation urns that are biodegradable or placed in with seeds that will grow trees,” she says.

While times and funerary practices can change and evolve, Cooke says there is one local tradition that hasn’t changed, in the Sault Ste. Marie area.

“Even after being in the profession for many years, every time I am driving in a funeral procession I am amazed by the respect our community shows and it still makes my eyes water,” says Cooke. ”People pull over, people stop what they’re doing, they remove their hats, they place a hand over their heart, they bow their heads and all out of respect for someone they don’t even know. They don’t know if its someone’s grandmother, father, brother, child, uncle or friend but they still pay their respects.”

Although it was more common, at one time, to see this community’s sign of respect on display in other cities, Cooke says that the larger centres are challenged in accommodating it.

“In larger cities, it can be unsafe, you’re dealing with larger volumes of traffic, people rushing to get to their destination and not everyone is as familiar, any longer, as to what it represents,” she says. “Our route to the cemetery is a common route so people will pull over on the highway or the side streets and while we can’t assume people will stop, many people do.”

Cooke says it is very moving to have family in the procession car comment on how touching it is to have their loved one’s passing recognized by the community. It is about honouring the deceased on their final journey but also showing a sign of respect to the living.

If you have questions about pre-arrangements or options available in cremation or burial, contact Arthur Funeral Home – Barton & Kiteley Chapel at 705-759-2522 or visit their website at www.arthurfuneralhome.com.