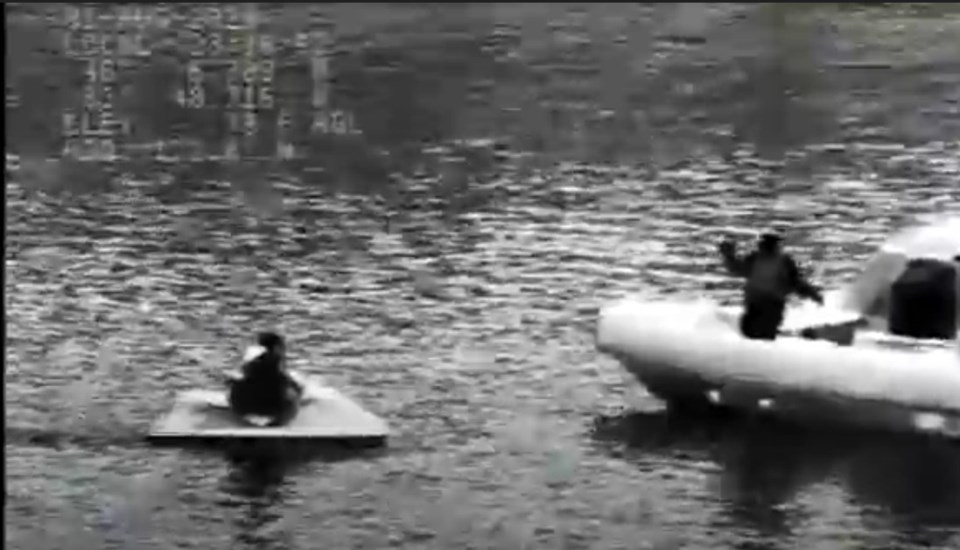 The boater had departed Drummond Island earlier in the evening and not returned as planned.

The full text of a release from the Coast Guard follows.

At approximately 9:50 p.m. EST on Saturday, Aug. 1, the Sector Sault Sainte Marie Command Center received a call that a boater on a jet ski had departed from Drummond Island and not returned as planned.

Response boats from Station Sault Ste. Marie, Station St. Ignace and the Chippewa County Sherriff responded to the scene to begin a search of the area.

An MH-60 helicopter from Coast Guard Air Station Traverse City was also launched to the scene. The MH-60 helicopter located the missing boater, lowered their rescue swimmer to evaluate their condition, and remained on scene until a response boat from Station Sault Ste. Marie arrived. The survivor was taken to Drummond Island to be evaluated by EMS and reunited with their family.

“It is always important to tell someone where you are going and to have all necessary safety and communications equipment, even for short trips,” said Captain Amy Florentino, Deputy Sector Commander. “In this incident, the boater’s family was able to quickly notify us that something was wrong, which allowed search and rescue resources to respond as quickly as possible. We are grateful to the Chippewa County Sherriff’s office for their assistance with searching for the missing boater.