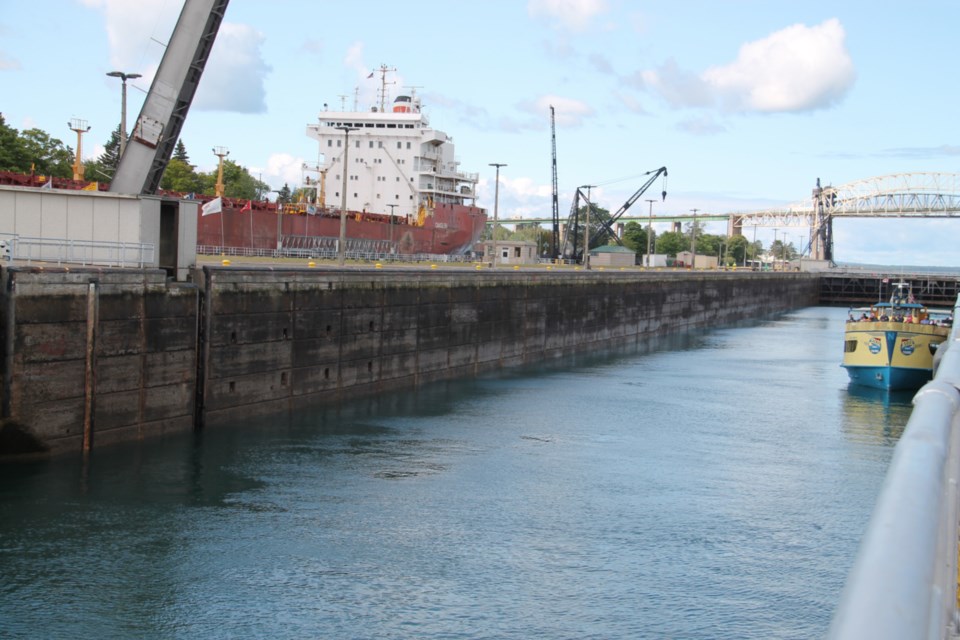 NEWS RELEASE
U.S. ARMY CORPS OF ENGINEERS
*************************
The U.S. Army Corps of Engineers, Detroit District, announces that the first phase of construction on the New Lock at the Soo has been awarded to Trade West Construction Inc. of Mesquite, Nevada.

The much anticipated mega-project will be constructed in three phases. Trade West Construction will receive almost $53 million to complete this first phase of construction, which involves deepening the upstream approach channel to a depth of 30 feet. Construction will begin in spring 2020 and will take approximately two years to accomplish.

"This is an exciting time for the Corps and the Great Lakes. We look forward to working with the contractors and meeting all the milestones in this first phase of the project, which is critical to the success of the entire project," said Lt. Col. Greg Turner, district engineer.

Phases two and three of the project are still in design phase and involve rehabilitation of the upstream approach walls and construction on the new lock chamber, respectively.

Upstream approach walls construction, phase two, will stabilize the existing approach walls to allow for modern vessels to tie up and wait their turn to pass through the new lock. This phase of the project will be advertised for bid in February 2020.

The third phase, construction of the new lock chamber, will include rehabilitating downstream approach walls and is expected to be advertised for bid in spring of 2021.

"Contingent on efficient funding, the New Lock at the Soo project, estimated to cost nearly $1 billion, could be complete in as few as seven years from the start of construction," said Mollie Mahoney, project manager.

The Soo Locks are situated on the St. Marys River at Sault Ste. Marie, Michigan and allow vessels to transit the 21-foot elevation change at the St. Marys Falls Canal.

Over 85 per cent of commodity tonnage through the Soo Locks is restricted by vessel size to the Poe Lock. This new lock project will construct a second Poe-sized lock (110 feet by 1,200 feet) on the site of the existing decommissioned Davis and Sabin locks.

According to a 2015 Department of Homeland Security study on the impact of an unexpected Soo Locks closure, the Soo Locks are nationally critical infrastructure and the reliability of this critical node in the Great Lakes Navigation System is essential to U.S. manufacturing and National Security.

War Memorial Hospital launches drive-thru COVID-19 evaluation station
Mar 23, 2020 10:43 PM
Comments
We welcome your feedback and encourage you to share your thoughts on this story. We ask that you be respectful of others and their points of view, refrain from personal attacks and stay on topic. To learn about our commenting policies and how we moderate, please read our Community Guidelines.