Times have changed, but Brian Mealey's dedication to the sport of alpine skiing hasn't. Also, you're not going to believe how much weight this guy can still curl
Nov 29, 2019 12:30 PM By: Bill Montague 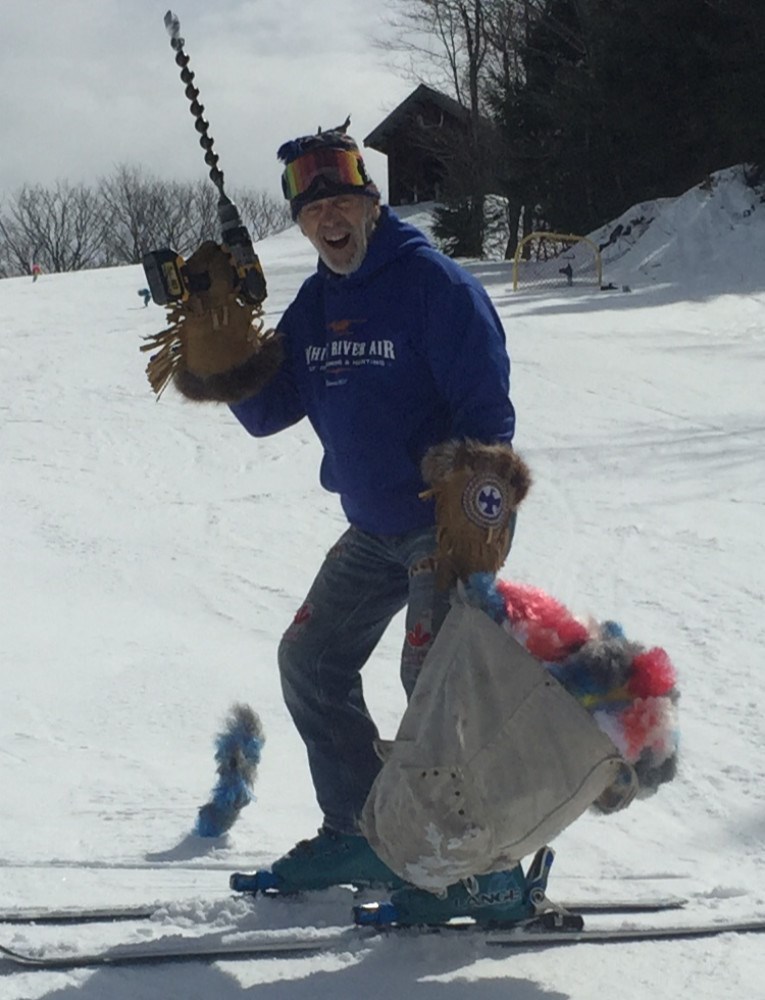 Brian Mealey is pictured in the submitted photo

Brian Mealey was driving home from Searchmont on Thursday when he came up over a hill, caught a glimpse of the moon and then had a sudden flashback to the days of yesteryear.

Now 82, and with his competitive ski-coaching days behind him, Mealey was in a reflective mood and for those that know him best, that often means it’s time to get out the tissue because there are tears to be shed.

“It was my life,” said Mealey, when asked about those flashbacks. “Outside of my kids and my wife, Carolyn, it really was my life. I was thinking about it today (Thursday) when I was driving in from Searchmont. I could see that sliver of a moon and it all came flooding back. I’ve been here before, I’ve seen it before and believe it or not I actually start to cry sometimes.”

Today, instead of paying constant attention to the weather forecast and preparing for yet another gruelling season on the hill, Mealey, who is a member of the Sault Ste. Marie Sports Hall of Fame, spends his time staying busy. He cuts wood. He builds the odd shed. He regularly walks his two dogs. He takes care of his ailing wife and tends to so many of the household chores that were once shared by the two of them.

His motto has never really changed. He can sleep when he’s dead, but until then it’s time to burn the candle at both ends, doing whatever needs to be done, usually for the sake of others.

“I loved the kids, they were into it 100 per cent,” he said. “They saw the value in it, that’s the way it was. I go to bed at night, I’d be dreaming about it and I still do. There isn’t a day that goes by in my life that I’m not ski racing. And you know what? I never lose; I always find a way to come out of it somehow.”

And do you want to know how fit this ageless wonder is? Consider this. Even at 82, he feels stronger than he did 10 years ago. He cross country skis whenever he can, sometimes covering 10 kilometres a day. He still downhill skis and still lifts weights and modestly points out that he can curl 35-pound dumbbells 90 times in each arm.

But for as active as he is, Mealey still has time to give back to a sport that brought him so much joy and satisfaction. He no longer coaches the competitive team at Searchmont, but still finds time to provide his expertise to the youth, the ones just starting out and learning the ropes.

“I still kind of help out,” he said. “Last year I did coach in the spring, the little kids and I really had fun with them. I did my old stuff, sent them all over the place, taught them how to start coming out of start ramp and stuff like that.”

“I like to think about how it was and how the kids were and how intense they were about what they were doing,” he said. “I seldom had kids that weren’t dedicated and I think it was because of the coaching and the program we had which was always tough.

“In the old days, you’d freeze until your toenails fell off and some of those kids wouldn’t want to go inside.”

While tough and demanding, Mealey said there was always an end-game in mind when dealing with the athlete of yesterday. He wanted to build character and toughness. He wanted to teach kids that you had to work to achieve your goals and that nothing in life comes easy.

“The whole thing about any sport is to try and build some fibre in the kids, to make it tough enough so the kids can survive in life, but the parents miss this completely,” Mealey said. “Back in the day, if a kid was screwing around, you’d tell him to grab his skis and walk up the hill, to climb to the top of the hill. If you did that now they’d probably lock you up and put you in jail.

“There’s way too much interference now and it seems as though the parents are all standing around watching the kids as they train. Go away and leave it to the coach.”

Considered a bit outspoken and eccentric, Mealey’s heart has always been with the kids. He still has fond memories of many of them, particularly Kaitlyn Fitzpatrick, whom he describes as one of the toughest skiers he’s coached. And while it was difficult to step back from the sport, he said he’s come to grips with it and he lets the memories of so many of his former skiers warm his heart on an almost daily basis.

“I think I’ve moved on,” Mealey said. “There’s parts of it that I miss for sure. I really miss the kids, that would be the main thing but I really had to have coaches with me that were on the same page like Kaitlyn, somebody who is tough themselves and she always was and she was a hell of a good skier and a great role model for the kids.”

But when it comes to the sport of skiing, there was no greater role model than Mealey himself. He led by example, something he continues to do today