Nine-year-old cyclist has raised nearly $5K for ARCH ... and counting 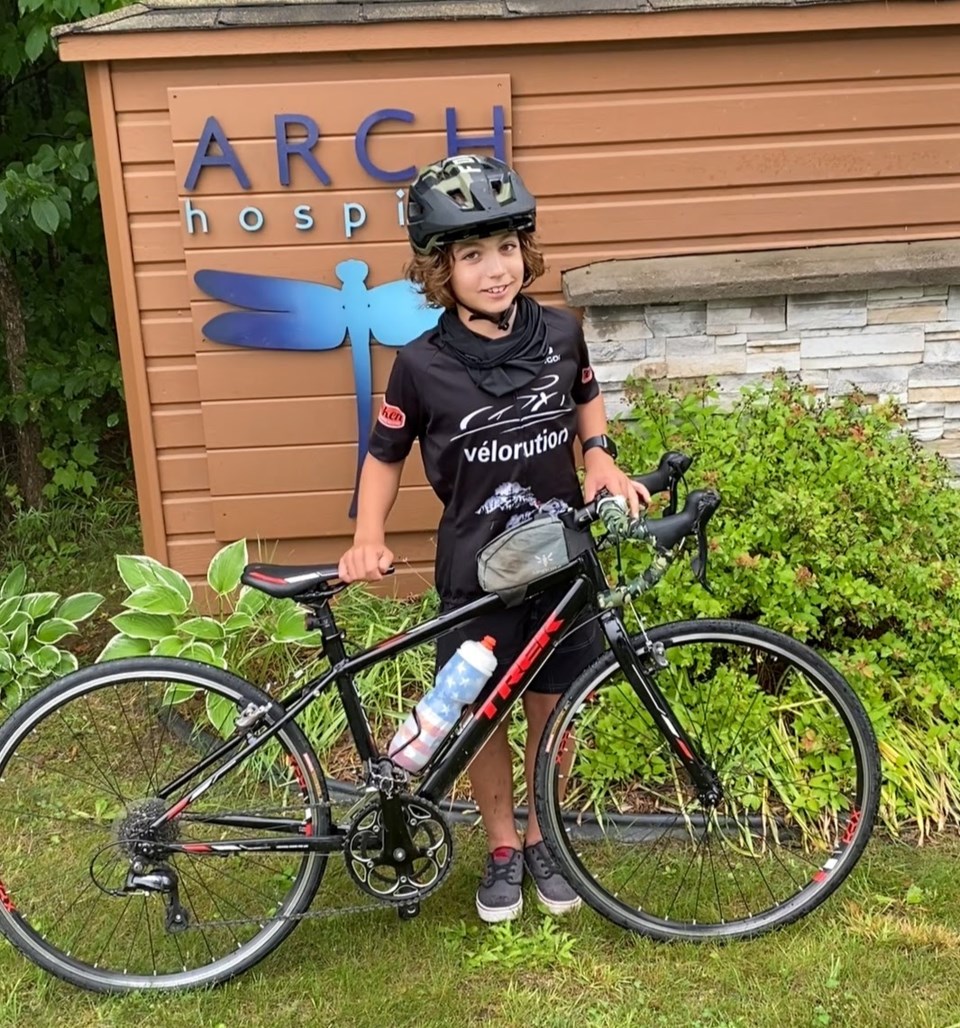 Cash Lajoie is proud to be doing something to help the community while being active. Photo supplied.

Nine-year-old Cash Lajoie has taken an activity that he loves and turned it into a way to give back to his community.

The Grade 5 student at Our Lady of Lourdes Catholic School has been riding his bike this summer for The Great Bucket List Cycle, a fundraiser in support of ARCH Hospice. The goal for the fundraiser is for each cyclist to raise or donate at least $1 per kilometre, with all proceeds going towards providing compassionate care through end-of-life at ARCH. This is the third annual Great Bucket List Cycle, and is usually held at the Township of St. Joseph Centennial Grounds. This year, due to COVID-19, the cycle will be held virtually.

“They have different options to ride different distances. Essentially we’re raising money to help support the hospice and help them out with their operations because they rely on volunteers,” said Mat Lajoie, Cash’s father.

The fundraiser’s actual start date is on Sept. 19 and runs until Sept. 26, but Cash has been riding his bike and raising money since the beginning of August.

His goal was originally to raise $2,500, but he has already exceeded that by bringing in $4,800 for the hospice so far.

“We told our friends and family what Cash was doing and they were generous enough to support him, along with some local businesses,” Mat said.

The Lajoies have a link from canadahelps.org that provides information about their campaign and fundraising journey so far. Anyone can add to their donations using this link.

“So we already completed the 100 and then we’re going to do the real deal this Saturday,” Cash said.

The route he chose was from his house all the way to Echo Bay and back.

“Building up to 100 seems like it’s straightforward, but when you want to build the route yourself it’s amazing how much ground you're covering on a bike,” said Mat, who is the director of Village Media's Content Studio.

Cash said that when he told his friends at school about what he was doing, they didn’t really believe him or realize how big of a deal it was. But his other friends, neighbours, and parents, are very proud of him.

“My wife and I are super proud of him,” Mat said. “Proud that he’s committed to doing this and proud that he’s supporting our local hospice. He’s shown that he can really put his mind to something and do whatever he wants.