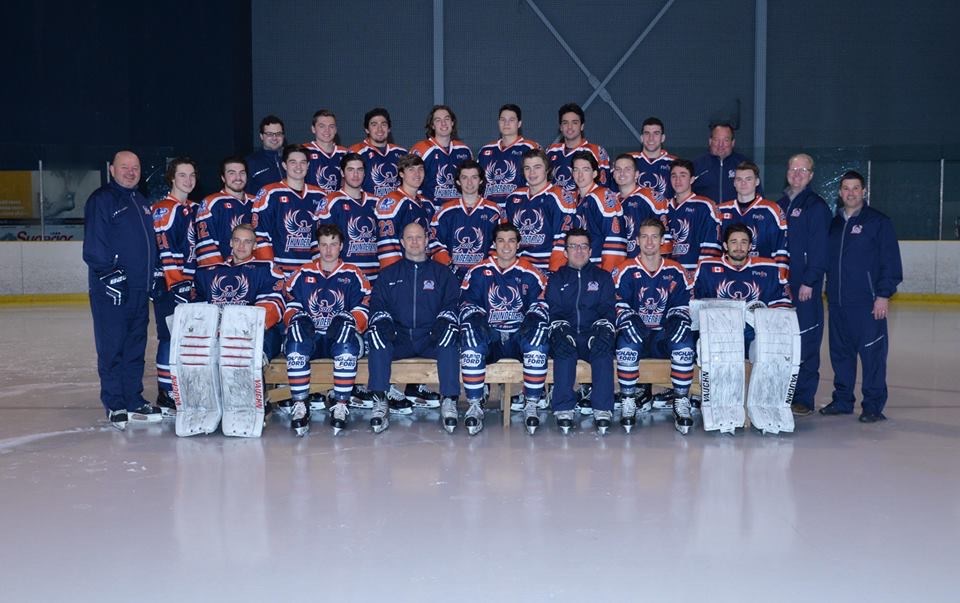 For the amount of time Chris Carr spends in city hockey arenas during the course of the winter, the city of Sault Ste. Marie might want to start charging him rent.

47-year-old Carr is a sort of super volunteer and can be found on most nights bumping shoulders with the Soo Greyhounds, Soo Thunderbirds and the Soo Jr. Greyhounds major midget team as he helps all three clubs out in a variety of ways.

And if that isn’t enough, Carr also offers his time to the Sault Sabercats football team and will help out the Sault Minor Football League’s Sault Bobcats Select U-14 team, a minor select team that will compete in the Eastern Upper Peninsula League this fall.

He is so active on the local sports scene that he’s become a recognizable figure at most sporting venues and is a valued member of the teams he helps. He has also helped out with the Sir James Dunn football team in the past as well.

“Chris has been a great addition to the team this year,” said Jr. Greyhounds head coach Jamie Henderson. “Having known Chris for a long time, he brings a great energy and joy every singe day to the rink. He keeps the mood loose and takes a lot of pride in doing his part in making sure we are prepared to play.

“We are lucky to have him, that’s for sure.”

Carr serves as an assistant trainer for the Jr. Hounds, but come game day, he gets done whatever the teams need him to.

For Carr, the endless hours he puts in helps fill a void in his life and gives him something to look forward to. He works part time unloading the Tim Horton’s trucks on Tuesdays and Fridays and spends a good amount of his remaining time doing whatever is asked of him from the teams he serves.

“I’ll do what I can until I decide not to do it anymore,” said Carr. “I started out with the Soo Thunderbirds when they first came into the league in 1999-2000 and that’s when Bart Jarrett, Rob Stopar and Tim Burton coached the team and Sam Biasucci was the owner. I took a year or two off since then, but that’s it.”

Carr said the idea of getting involved as a volunteer came years ago from Ken Bonnell, who’s lawn he used to cut.

“He got me involved,” said Carr. “I used to cut his grass and he told me one day I should help out with the hockey team so I went down there the next day (Thunderbirds) and started then."

“It gives me something to do and I really enjoy getting to know the players and make friends and stuff.”

During Greyhound games, he is part of the game day staff and helps to hand out prizes and brings the skaters onto the ice to clean up after the Chuck A Puck contest.