Lebel returning to coaching for the love of the game

'I always enjoy the nuances of the in-game management and the strategy with the players in game situations' - Mike Lebel
Sep 21, 2020 9:00 AM By: Brad Coccimiglio 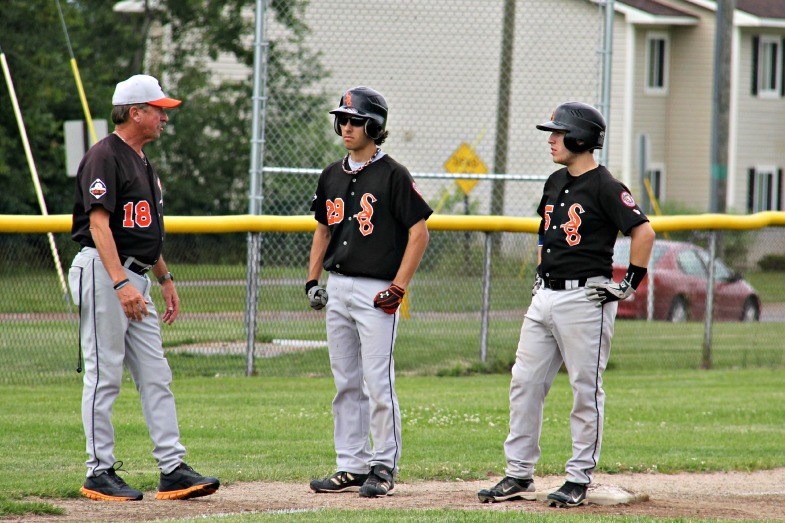 He’s been a regular fixture around the baseball diamonds of Sault Ste. Marie and for Mike Lebel, it was an opportunity he couldn’t pass up.

The veteran coach is returning to the field to take over coaching duties of Sault Ste. Marie’s U18 Soo Black Sox team.

Someone who has long shown a passion for the sport, and had success leading local entries at provincial competitions, Lebel said the decision to return was an easy one.

“I’ve always enjoyed the game and I always enjoy the nuances of the in-game management and the strategy with the players in game situations,” Lebel said. “I also the camaraderie with the other coaches too. It’s sort of like a fraternity where you get to know people.”

A lot has changed in the game at the grassroots level over the years and for Lebel, the approach the players take to the game has been one of those changes.

“It seems now that the players are a little more involved,” Lebel said. “And when I say involved, I mean they like to understand what’s going on more. Communication seems to be so much bigger now with social media. People and players want to know quickly what’s going to happen and what we’re doing. You have to be able to be more on top of it that way.”

“In the coaching part, we just need to be able to explain a little bit more why we’re doing things,” Lebel also said. “I think it’s great that they want to know what to do and how to do it and when to do it. The (players) I’ve worked with so far have been very receptive to that. In the older days, guys would basically do what you asked them to do. There wasn’t a whole lot of interaction about why we were doing something.”

Lebel said the new approach with players was “challenging, but it really is bringing out more in me and the players too.”

Looking at the sport locally after some lean years, Lebel said the program is moving in the right direction.

“We’re in a good place,” Lebel said, speaking of the staffs throughout the Black Sox program.

“We have players who have played through the Black Sox program and gone on to play baseball at a higher level and have come back and are now contributing and giving something back to the young players.”

“We have a good group of talented players in that 16- to 18-year-old age group and they were lacking a qualified coach so I thought this was the time to try to help these guys through it a little bit,” Lebel said.

Lebel’s staff will include coaches Paul Hapanovich and Dom Buonomo as well as manager Chris Walls, who will also spend time on the coaching staff as well.

Lebel also said he has some others in mind to fill out the rest of the staff as a hitting coach and pitching coach.

A young group, Lebel is encouraged by what he has seen early on as the team prepares for the 2021 baseball season.

“This group of kids that are going to be 16 next year, we’re going to be young, but they’ll be talented, and they’re committed,” Lebel said of the incoming group. “There are some pretty good athletes in that group and as they work through here up to their 17- and 18-year-old years as they finish high school, they might have an opportunity to do something.”

“I try to take advantage of where we sit on the border here,” Lebel said. “I always tell the kids, ‘If you want to play baseball and you want to get to the next level, these are the kind of kids you’re going to compete against to get a job at one of those schools.’”

The Black Sox program is no stranger to developing players for the next level.

Whether it’s a group that has gone on to be drafted by Major League Baseball teams – Aaron Fera, Tyler Binkley, and Kai Tuomi – or the numerous players that have gone on to play college baseball on both sides of the border, the program has had its share of success in development.

Heavily involved with Soo Minor Baseball, Lebel said in an interview with SooToday in the spring that seeing players develop and the satisfaction it brings also plays a role in his love of the game.

“I still enjoy it and I get up every morning thinking of what we can do to get better,” Lebel said in an interview in April. “For me, life might be a little bit boring without being involved in baseball somehow. I’d still watch it and enjoy it, but I like being a part of it and seeing this develop and seeing the satisfaction on the faces of the players and coaches.

“That’s one of the most rewarding things. It’s so nice to see some of the players you’ve coached in the past and to me it means a lot to give back. I remember when I was young there were people out there that coached me and drove me around and things like that so I feel like I’d love to give back and I get enjoyment out of that.”