Local golf clubs benefiting from COVID-19 border closure will be vying to keep them on this side when things reopen, says Sault Golf Club pro
Jul 20, 2020 9:43 AM By: Bill Montague 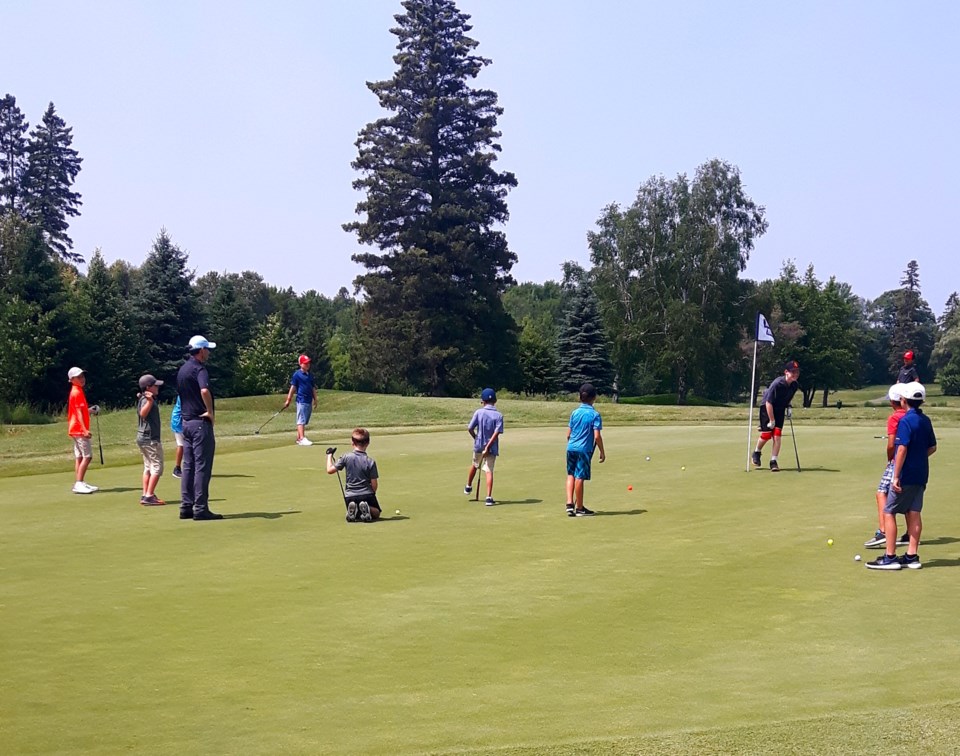 Photo provided
He has become a fixture at the Sault Ste. Marie Golf Club and whether it’s in the pro shop or giving lessons on the driving range, Jeff Hamilton always seems accessible.

Now in his 20th season as the golf pro at the local club, Hamilton’s polite, yet reserved demeanour has earned him the respect of local golfers and there’s no question he now calls Sault Ste. Marie home.

“It’s a great place to live,” said the 50-year-old Hamilton, who was born in Nova Scotia. “I’ve enjoyed living in Sault Ste. Marie. There are a lot of great people at the course and it’s been a great place to work for the last 20 years.

“The winters are long, but I don’t plan on leaving the Sault, not at this stage of my life anyway.”

In an industry where golf pros seem to come and go, Hamilton has survived the test of time and is currently enjoying one of the club’s best seasons. Tee times are almost completely booked on a daily basis and he feels the club’s transition into more of a public course has injected fresh air into the atmosphere.

“The big thing here is that the club has undergone an incredible transition in the last 10 years,” Hamilton said. “We’ve incorporated member play with the public and I think that’s really helped us turn the corner. Things were bleak 10 to 12 years ago but there’s a lot more interest now and people want to learn the game. I really see a bright future here.

“We just had our 100th anniversary last year and I’m looking forward to setting this club up for another 100 years of success.”

He said a lot of local clubs have grown in numbers due to COVID-19 as many Sault residents who once had memberships across the border can no longer travel south, prompting them to give their local clubs a shot.

“The goal now will be to try and keep them here and to show them what we have,” Hamilton said.

And the one thing the Sault course has going for it this season is an excellent course that is in great shape, thanks in part to new groundskeeper Jason Andress.

“He’s in his third year and he’s steadily improved the course,” Hamilton said. “Our course is in great shape and I hope people see the convenience of staying on this side to golf and seeing how you can go out and be done in four to four and a half hours instead of seven. I think with the border closings, all of the local clubs are booming and we have full tee-times every day.”

For Hamilton, two of his biggest jobs as a golf pro is to address the needs of the local members and to provide instruction for those who need it.

“The biggest role of a golf pro at a club is to be the go-to person and someone people want to talk to about their experiences,” he said. “Instruction is a huge part of bringing people to the game and we’ve had a lot of success with our learn-to-golf programs and instructional programs and kids programs which bring new golfers to the game.

“One of my biggest goals here is to introduce people to the game and get them loving the sport.”

And while he has taken various courses over the years, Hamilton said you can never know enough and that’s why he is constantly polishing up on things with the hope of relaying quality instruction information to those in need.

“The best teachers are always learning,” he said. “Our Canadian PGA has various training programs and instructional levels and things like that. There’s great resources for the members to learn and seminars to take.”

And while the role of golf pro seems like a part-time job, particularly in a city like Sault Ste. Marie where the winter can be long, cold and harsh, Hamilton said there is always work to do.

The season typically ends in mid October and he then spends December at the pro shop and meeting with people who may want to purchase merchandise for Christmas or for the upcoming season. He spends most of January and February catching up with paperwork before ramping things back up in March.

Know of a local sports story that should be covered? Let us know at news@sootoday.com