With hockey on pause right now, we thought we would take a look back at some of the recent coaches of the Soo Greyhounds. This week, we're taking a look at the history of Sheldon Keefe
Oct 22, 2020 10:24 AM By: Brad Coccimiglio 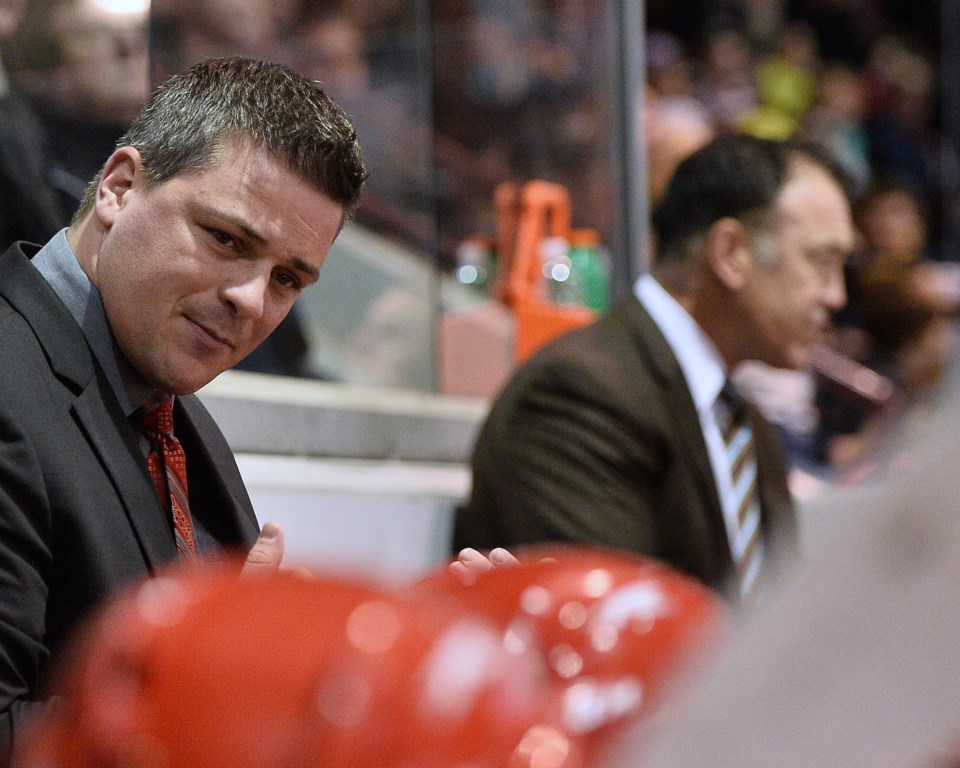 Just under eight years ago, Kyle Dubas, then the general manager of the Soo Greyhounds, made his first coaching change at the Ontario Hockey League level.

It was early-December 2012 when Dubas hired Sheldon Keefe to take over for Mike Stapleton as coach of the OHL club.

Keefe was 32 at the time and taking over behind the bench for a team that was struggling on the ice.

Shortly after the hiring, Keefe admitted that making the jump from Jr. A to major junior wasn’t going to be easy.

Surrounded with “a good staff” that included assistant coaches Joe Cirella, Seamus Kotyk and Mike Oliverio, Keefe said he planned to work diligently to be prepared for every game.

Diligent he was and that diligence was part of what helped him make the jump from the OHL to the pro level when he rejoined Dubas in Toronto in the summer of 2015.

At the end of his tenure with the Greyhounds, in which he led the team to a 121-41-3-10 record in just under three seasons with the club, he earned heavy praise from the people he worked with.

“He’s someone that’s never truly satisfied with the way his team is playing,” Greyhounds general manager Kyle Raftis said when Keefe was announced as the new head coach of the American Hockey League’s Toronto Marlies in the summer of 2018. “If there is ever an issue, he doesn’t sleep until he figures it out and has his team better performing on the ice. It’s easy to see how the team has performed throughout the year, you see his comments media-wise, he truly believes those statements.

“When you have a work ethic like that and a passion for coaching and had that relentless approach to it, it’s only a matter of time before success follows,” Raftis added.

Being reunited with Dubas in Toronto was something Keefe was excited about.

Dubas had been hired by the Maple Leafs as assistant general manager in the summer of 2014 and was in charge of its top affiliate team at the time.

“We worked very well together (with the Greyhounds). I felt I grew a lot as a coach in the short time we had to work with Kyle,” Keefe said of the opportunity to work with Dubas again in Toronto. “A lot of that is through his vision and his commitment to learning and improving himself. That went a long way in speeding up my development as a coach. To be here again and learn not only from him, but a number of great people that are doing really good work here in the organization. There’s a lot of reason to be excited about that.”

The good working relationship ultimately led to Keefe making the jump to the NHL behind the bench with the Maple Leafs last November after a successful run with the Marlies that included a Calder Cup title in 2018.