At 88, hockey is still in Angelo Bumbacco's blood

Recently able to return to the rink where he belongs after an absence, the legendary Soo Greyhounds GM talks with Bill Montague about life, sports and that historic Memorial Cup win in 1993
Nov 8, 2019 12:30 PM By: Bill Montague 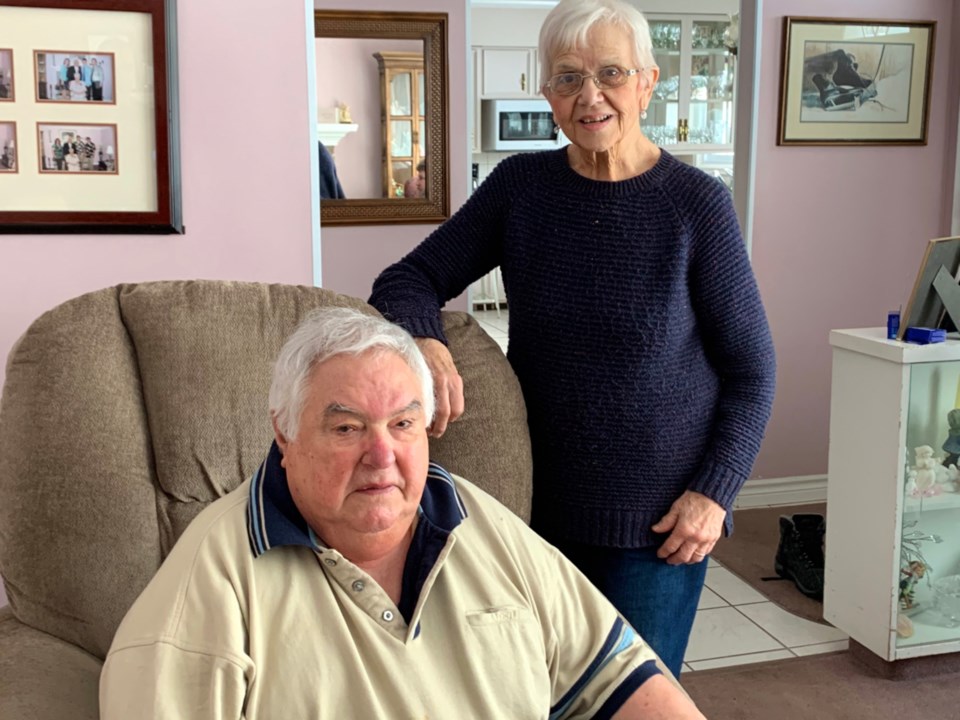 Angelo Bumbacco sits in his chair in the living room of his Irwin Avenue home with his TV often cranked up, his wife by his side and a hot cup of coffee in hand.

His memory isn’t what it once was and he doesn’t hear as well as he used to, but that’s to be expected from a man who turns 88 on Nov. 19.

But mention the sport of hockey and Bumbacco’s ears perk up like those of a five-year-old when asked if he’d like to go for a Froster. A smile stretches across his face and that soon-to-be-88-year-old voice suddenly has its spunk back

The man who drafted Wayne Gretzky and Eric Lindros while serving as general manager of the Soo Greyhounds, has had some tough times of late as health issues forced him to miss close to a month of the Greyhounds season. And for a man like Bumbacco, who has spent most of his life in arenas, being away from the rink is like being given a death sentence.

Hockey gives him something to look forward to. It is like the blood in his veins, the oxygen in his lungs. Without it, his life would lose purpose and meaning.

“That would kill me if I couldn’t go there,” Bumbacco said. “It’s very important to me. If I don’t go to the games, it’s like I’m locked up in the house. I enjoy going there and seeing the people and socializing in the press room. It’s the one thing I really look forward to.”

For the first time ever, Bumbacco was recently afflicted by a bout of anxiety that severely hampered his already deteriorating motor skills. He also has poor circulation in his legs and has never been the same mobility wise since suffering a catastrophic fall while slipping on ice in his driveway almost a decade ago.

He relies on Delores, his wife of 62 years, for rides, so much so that he jokingly says, “when she loses her license, I’m going to have to trade her in.”

While on the injury shelf this season, Bumbacco said it was difficult watching games on TV. After all, he’s been a fixture in the press room and he missed the interaction with the scouts, team executives and members of the media.

“It was terrible watching on TV,” he said. “I like to be at the rink in person and seeing it live.”

His wife then chimed in and said it’s better for everyone when he’s at the rink because “he swears at the TV all the time.”

For years, Bumbacco was highly involved in the construction of the hockey team. He has been a part owner, general manager and even coached the Hounds for a short tenure. He also served on the board of directors, but ailing health and that thing called ‘Father Time’ has basically relegated him to a spectator now.

“My God how time passes,” Bumbacco said. “It goes by too fast. One year I’m at the rink and I know everybody, the next year it’s a complete turnaround and I have to buy a program to see who’s who.”

He has played a role in so many memories over the years, from the drafting of Gretzky and Lindros, to the Memorial Cup win on home soil in 1993 and even once served as a special consultant to former New York Rangers GM Phil Esposito.

“The most important memory is the Memorial Cup,” he said. “We applied to host it and when we won the right to host it (in the Super Series), we knew we were going to be in it and it was great for our city.”

Of course you can’t talk Greyhounds without talking Gretzky. Did Bumbacco ever feel in his wildest dreams that the Great One would evolve into the player he did?

“When I went down to see Wayne because everyone always raved about him, I said ‘he’s not bad,’” said Bumbacco, who along with Delores was invited to Gretzky’s wedding in Edmonton in 1988. “I knew he was a good player but I never thought he’d be as great as he was.”

Today, with his anxiety attacks a thing of the past, Bumbacco is back where he belongs. As game time approaches, he slowly makes his way out to the car, slides into the passenger’s seat and relaxes while his wife takes control of the wheel and heads out to paradise.

And in this case, paradise is located at the GFL Memorial Gardens. That’s right, Angelo Bumbacco is back where he belongs.