MONTREAL — As Quebec announced its latest plans to loosen restrictions on museums, libraries and drive-in movie theatres, the province's public health director warned Friday against citizens letting their guard down and failing to follow health measu
0
May 22, 2020 4:21 PM By: Canadian Press 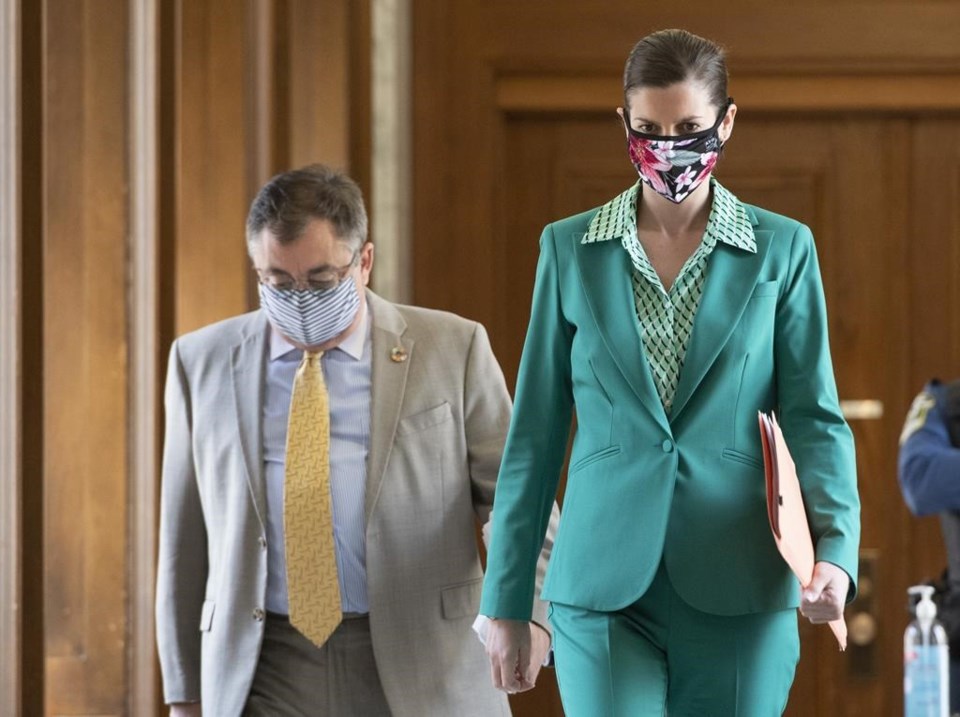 MONTREAL — As Quebec announced its latest plans to loosen restrictions on museums, libraries and drive-in movie theatres, the province's public health director warned Friday against citizens letting their guard down and failing to follow health measures.

"You know being away from other people is not natural for humans — especially when there's good weather, we are outside, we go back to our own reflexes," Arruda said.

Arruda said that's the reason behind the province's gradual approach to reopening, allowing limited outdoor gatherings of up to 10 people from three households beginning Friday.

"We want people to get outside, but if there is too much contact, if there are too many people together, that augments the risk of someone (asymptomatic) giving it to others," Arruda said.

If the rules aren't followed, the number of COVID-19 cases could increase quickly, forcing the province to shutter again, he warned.

"And all that we've done to get to this point could (turn around) very fast," Arruda said.

Deputy premier Genevieve Guilbault said Quebec has 46,141 confirmed cases of COVID-19, an increase of 646 over the previous day, with 13,819 people recovered.

Health officials are encouraging anyone exposed to COVID-19 or exhibiting symptoms to get tested as the province tries to hit its goal of 14,000 daily tests.

Meanwhile, Culture Minister Nathalie Roy announced that libraries, museums and drive-in movie theatres can reopen across the province as of May 29 — as long as they're able to follow guidelines set up by public health authorities.

She said that in libraries, book and document lending will be the only services allowed to reopen, and the public won't be able to circulate beyond the lending counters.

Roy adds that by June 1, recording studios can reopen and indoor shows can once again be filmed and recorded as long as there are no audience members present and physical distancing is followed.

The first phase includes places where measures are more easily able to be respected, Roy said. Authorities are still in discussions for other sectors, notably the performing arts, theatres and cinemas.

"Cultural (activities) were the first to be hit by COVID because the nature of (the industry) is being together," Roy said. "It was important for us to give hope and start with some activities that we are able to do in respect of what public health is allowing us to do."

Arruda said as with other places allowed to reopen, health authorities will keep tabs on the data for any spikes in cases.

But returning to how things were without any restrictions would surely bring about a second wave, he said.

"It'll be like those people who've died, died for nothing because we haven't learned the risks," Arruda said.

This report by The Canadian Press was first published May 22, 2020.