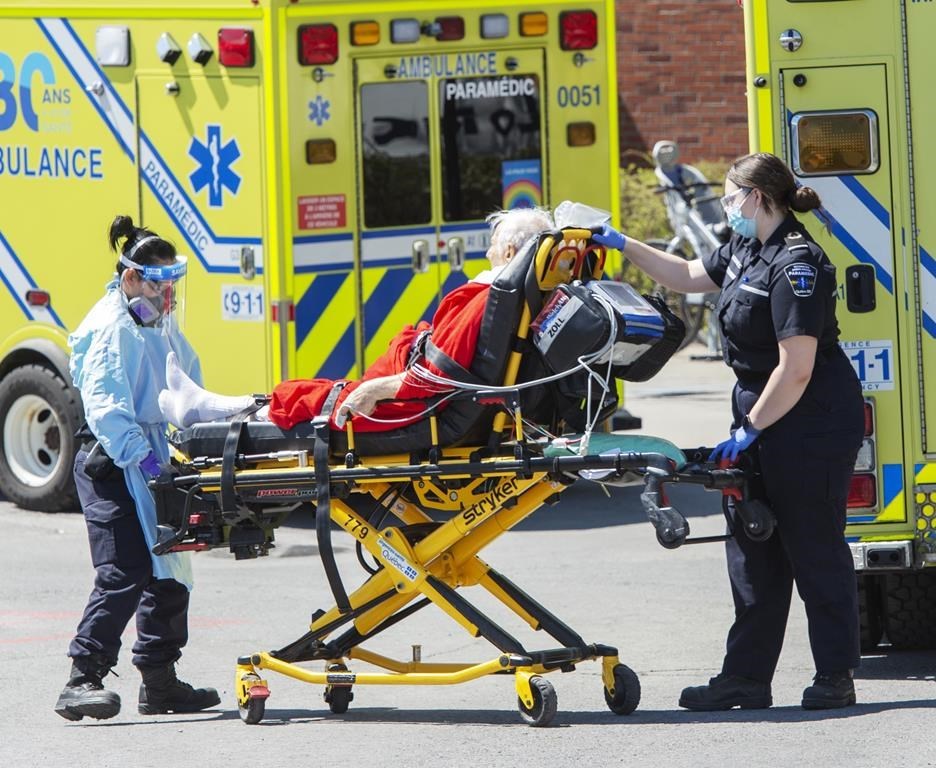 The Capitale nationale region, which includes Quebec City, holds the dubious distinction of having the highest number of active cases in the province per 100,000 people -- rising from 79 to 161 in three weeks.

"I want to be extremely frank and crystal clear with you, if we keep on the same track as we are currently, we are going straight into a wall," Genevieve Guilbault told reporters in Quebec City.

"The health-care system won't be able to take care of you anymore in some cases," she added, striking an admittedly alarmist tone but not introducing any new restrictions.

The Quebec City area is already under a partial lockdown, with bars, gyms and entertainment venues closed. Indoor and outdoor gatherings outside of work settings are also prohibited.

"As long as the COVID cases stay high, we are on the brink of a service breakdown," Guilbault said.

She was joined at the news conference by local mayors including Quebec City Mayor Regis Labeaume, who said he expected the month of November to be difficult.

"My feeling is we're at a tipping point and being at the tipping point means we have a chance out of two to be on the wrong side," Labeaume said.

Health authorities reported 12 more deaths linked to the virus, four of which occurred in the past 24 hours. Six deaths occurred between Oct. 16 and 21, while two took place at unknown dates, they said.

Also Friday, a Quebec health institute projected that the capacity dedicated to COVID-19 patients across the province's health network isn't expected to be surpassed.

It said hospitalizations should stabilize or decrease across the province if COVID-19 transmission remains constant.

Health Minister Christian Dube said he was satisfied with the institute's positive forecast, but urged people to remain vigilant. He also cautioned that the projections didn't take into account recent outbreaks in private seniors residences.

"I urge all Quebecers to remain cautious, despite the stabilization of cases," Dube said on Twitter. "We must continue to limit our number of contacts and reduce the number of cases."

This report by The Canadian Press was first published Oct. 23, 2020.