TORONTO — Ontario is accelerating second shots of COVID-19 vaccines for people in Delta variant hot spots but health authorities said on Thursday they would not shorten the 12-week dosage interval for those who initially received an Oxford-AstraZenec
Jun 10, 2021 4:01 PM By: Canadian Press 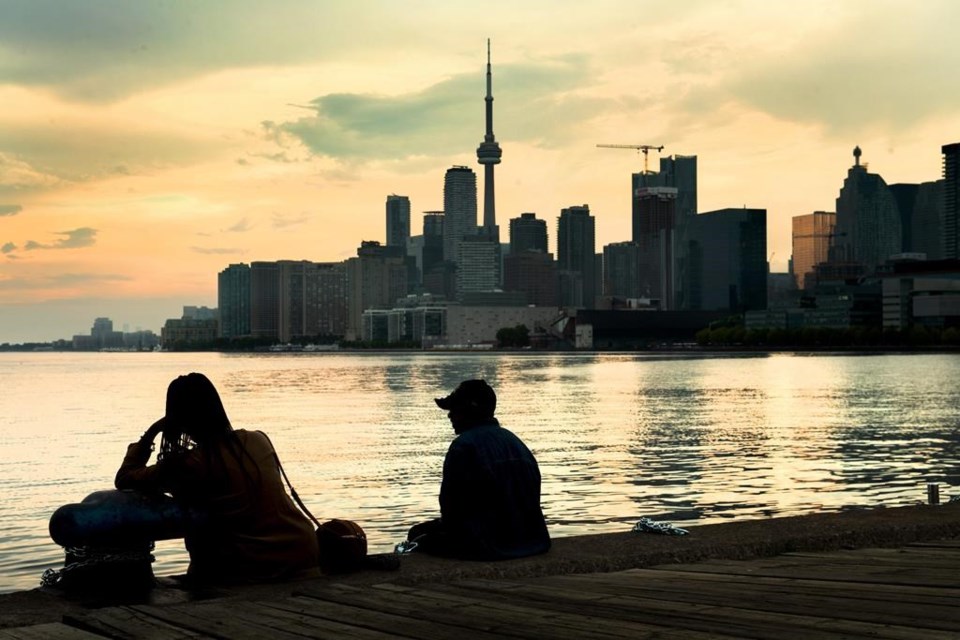 TORONTO — Ontario is accelerating second shots of COVID-19 vaccines for people in Delta variant hot spots but health authorities said on Thursday they would not shorten the 12-week dosage interval for those who initially received an Oxford-AstraZeneca jab.

Starting Monday, residents in seven designated areas who had first inoculations on or before May 9 can now book an appointment for an earlier second shot.

"To further stop the spread of COVID-19 and support Delta hot spots, we are further expanding booking eligibility for an accelerated dose in select regions," Health Minister Christine Elliott said.

The strategy is focused on Toronto, Peel, Halton, Porcupine, Waterloo, York and Wellington-Dufferin-Guelph. The government is also encouraging unvaccinated residents in those areas to get a shot.

Health authorities said they were sticking with a 12-week interval for those who received the AstraZeneca vaccine as first dose. They were shortening the gap in hot spots for those who got Moderna and Pfizer to as little as four weeks, where supplies are available.

People who received AstraZeneca initially can opt to take one of the other mRNA vaccines for a second dose but still have to wait 12 weeks.

While some jurisdictions have cut the interval to eight weeks, Elliott said Ontario's 12-week timing was based on the available scientific and medical evidence. "That is the gold standard," Elliott said.

Health authorities did say they were aware of other approaches.

Scientific evidence shows people with one vaccine dose are less protected against the highly infectious Delta variant. Experts, including the scientific director of the province's COVID-19 Science Advisory Table, have said Ontario should focus second dose efforts where the variant has taken off.

Thursday's move was the province's latest expansion of access to second doses. Last Friday, those aged 70 and older and people who had an mRNA vaccine on or before April 18 could start booking second doses.

Latest data show Ontario has now surpassed both the U.S. and U.K. when it comes to the percentage of the population who have received one dose. The province has now also matched or outpaced Israel in terms of first dose vaccination rates.

In all, 73 per cent of adults in the province have had one shot, while 11 per cent are fully vaccinated. Almost 12 million arms have been jabbed, data show.

Among priority groups, almost every resident of long-term care homes has been double dosed. Overall, those aged 70 and up are well above 90 per cent in terms of first doses. At the other end, almost 40 per cent of youths aged 12 to 17 have had one shot.

"We can all be proud of the progress we have made together," Solicitor General Sylvia Jones said. "It is now possible to cautiously begin lifting certain public health and workplace safety measures."

On Friday, Ontario was to enter the first of its three-stage reopening plan. That means limited retail shopping and patio dining among other things. More restrictions would loosen after 21 days, depending on pandemic indicators and vaccination numbers.

Whether the timeline for the next phase changes will depend on what happens in the coming weeks, Elliott said.

"We need to see how that goes," Elliott said.

The hard hit Porcupine health unit in northern Ontario is not yet moving to reopen.

Ontario reported on Thursday 590 new cases of COVID-19 and 11 more deaths linked to the virus. Of the 516 people in hospital with coronavirus disease, 450 were in intensive care and 291 needed a ventilator.

"It will likely be the dominant form of the virus this summer," said Dr. Adalsteinn Brown, co-chair of the province's COVID-19 Science Advisory Table. "It is critical to control the spread of this variant."

If the spread of infections does keep slowing, Ontario could fall below 200 COVID-19 patients in ICUs by mid-July, allowing normal hospital operations to resume, modelling data indicate.

The province said it was basing its second-dose strategy on a "first-in, first out" approach to ensure those prioritized for initial inoculations would remain prioritized for second shots.

Those in hot-spot areas can book second shots through the provincial reservation system, public health units with their own systems, or at participating pharmacies.

The province said it would set aside more supply for targeted areas. It would also support mobile and pop-up clinics. Workplace clinics in Peel, York and Toronto plan to start providing second doses to priority groups as of June 20.

Those who received vaccines out of province were also being encouraged to contact local health units to ensure a proper record in Ontario's COVAX database. This would allow them to book second doses and receive an Ontario certificate of immunization.