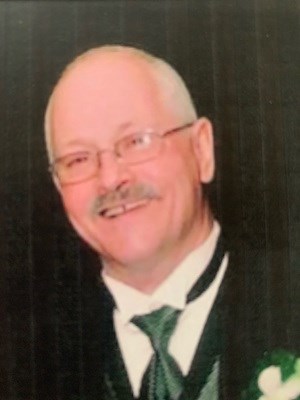 Clay passed away peacefully after a short but tough battle with cancer, Monday, April 12, 2021, at ARCH. He leaves behind his two daughters, who were by his side through this journey. He was the most generous dad to Janet Walker (Stephen Foster) and Julie Printess. He was the best papa to Wyatt. He had 2 special ladies in his life. Sharon Wilson, his partner for 15 years and Anita Walker. Clay was the son of the late Conley Walker and Ann Ryan (John). He was the greatest older brother to Marilyn Seccariccia (Richard), Ken Walker (Connie Moore), Ron Walker (Susan), Wendy Lewis (Marty) and Kim Zimmerman (Chris). Clay had a special bond with Dennis and Norma O'Toole. He leaves behind many aunts, uncles, nieces, nephews and many close friends. He had an amazing extended family with the Gladu's. Clay enjoyed telling jokes, doing crossword puzzles, bowling, fishing, watching The Young and the Restless, listening to oldies music, playing the lottery, buca buca and best of all his 2 finger drink nights with the O’Toole’s. Clay’s wishes were to be cremated. There will be no funeral service. A private burial service at Greenwood Cemetery soon to follow. We will have a celebration of life for Clay, as this was his wish to have everyone telling jokes and laughing. He said he doesn't want any tears. Clay said that if he didn't make someone laugh, then he wasn't doing his job. We would like to thank the compassionate care staff at ARCH, for their, as Clay would say, top notch care. Especially Lisa and Nate, they truly are the dream team. Donations would be greatly appreciated to ARCH. Arrangements entrusted to O’Sullivan Funeral Home and Cremation Centre, 215 St. James St, 705-759-8456.

MUHONEN, Aimo
We miss you everyday and know that you are with us in some small way. 13 years ...

GOULET, Nancy (nee Andrews)
In Loving Memory of our Beautiful Mother, who passed away 4 years ago on May ...