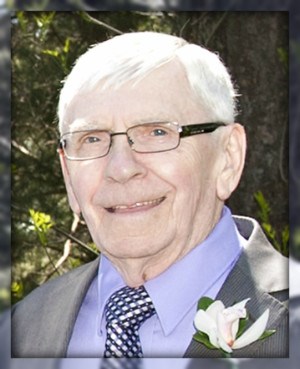 January 16, 1938 - August 24, 2018 ~ It is with great sadness and heavy hearts that we announce the passing of Robert (Bob) Major at the Sault Area Hospital with his family by his side.  Bob will be sadly missed by his wife Jean, children Michael Major (Julie) of Barrie, Karen Hick (Bob) of St. Catharines.  Grandchildren of Robert Major (Stephanie), Ashley Murry Wood (Johnathan) of Barrie, Tyler Major (Kristian) of Nova Scotia, Katie Hicks (Spencer) of St. Catharines, Courtney Hicks of St. Catharines.  Great grandfather of Joseph Murry Wood, Abigale Major.  Brother of Jim Major (Dorieta), Lois Della Savia (late Lido).  Brother-in-law of Mary Phillips (late Harold).  Brother of the late: Bill Major, Marge Roberts (Albert), Luchy Schinners (Stan), Marion Blackmore (Harold), Shirley Crack (George), Ruth Waltman (Paul).  Uncle to many nieces and nephews.  Many thanks to Dr. Barry for all he did for Bob.  Friends are invited to Aurthur Funeral Home – Barton & Kiteley Chapel (492 Wellington St. E, 705-759-2522) on Thursday, August 30, 2018 from 2 – 4 pm.  In lieu of flowers memorial donations to the Kidney Foundation would be appreciated.

GINGAS, Vincent
My dear brother, you are loved and thought of everyday, You may have left this ...

ALTON, Reta (Anderson)
IN LOVING MEMORY OF OUR DEAR AUNT RETA WHO PASSED AWAY 15 YEARS AGO AUGUST 13 ...
DiPASQUALE, Richard
One year ago today I said goodbye. You gave.me so much happiness. I miss you ...
MacDONALD, Frank
Not a day goes by I don't think of you in some way. Rest easy Dad ...