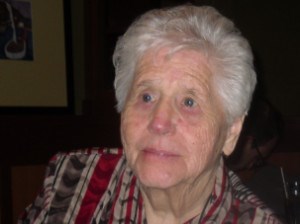 It is with great sadness that we announce the passing of our mother, Audrey Isabelle Kramer (nee Headley) on Friday April 30th in her 90th year.

As an avid walker at the F.J. Davey Home and Great Northern Retirement Home, she is now walking the Hallowed Halls of Heaven.

Thank you to the nurses and staff at the F.J. Davey Home for their compassion and care of our mother.

At Audrey’s request there will be no funeral service. In lieu of flowers, memorial contributions to the charity of your choice would be appreciated. Please visit the O’Sullivan Funeral Home website obituaries to leave a message of condolence for the family.

HARRY, Alexander C.
“Grief never ends....but it changes. It’s a passage, not a place to stay. Grief ...
MASSE, Dodie (Doreen)
Four long years since you left us and your pain ended And I miss you every day ...
Edward Ivan LaCrosse
In Loving Memory of my Best Friend and Husband! He was so easy to Love, and ...

CATLING, Allen
It seems like only yesterday Dad that you were taken away...Today marks 20 ...

STROM, Bonnie
A year has passed on May 12 and not a day goes by that I don't miss you and the ...