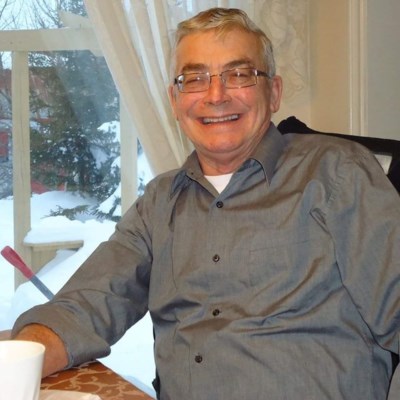 Passed away peacefully at the Sault Area Hospital on June 28, 2020 at the age of 70. Survived by his wife Maria Gionet. Father of Mario Gionet and Rejean Gionet. Grandfather of Molly Gionet, Savannah St. Germain-Gionet, Stephanie White, Aric Thompson and Isabella Gionet. Great grandfather of Benjamin James and Zeb White. Predeceased by his parents, Alexis and Laura Gionet. Brother of Martina Gionet, Edith Gionet-Losier (George), Marie-Ange Gionet (Claude), Gisele Doiron (Normand), Colette Gionet, Aline Gionet (Yvon), Fernand Gionet (Nicole), Jean-Claude Gionet (Simone) and late Aldea Christie (Bernard). A private service will be held in Hornepayne, Ontario. The family would like to thank the staff of 3B at Sault Area Hospital for their care and compassion. In lieu of flowers, donations may be made to the Canadian Cancer Society or Crohn's and Colitis Canada. Arrangements entrusted to O’Sullivan Funeral Home and Cremation Centre, 215 St. James St., 705-759-8456.

MYERS, Rodney M. Sr
July 11/16 In loving memory of a wonderful husband, father, grandfather, great ...
ROSSO, Eddie
With broken hearts we remember the best Dad, Father-in-law and Nonno who passed ...
DINELLE, Verna
Today marks 16 years since I lost my beautiful wife , always in my heart and ...
DINELLE, Verna
Today marks 16 years we’ve lost the most incredible Mom in the world . Not a ...

HOTCHKISS, Esther
In memory of a cherished Mother, who passed away at the age of 103, July 8, ...