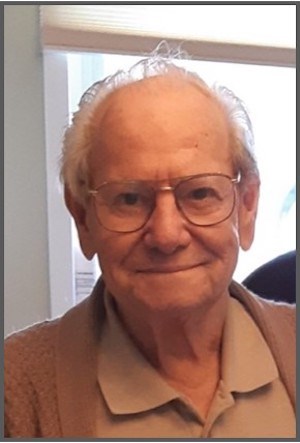 (March 1, 1934-December 12, 2019) - Peacefully at the Sault Area Hospital on Thursday December 12, 2019 in his 85th year. Beloved husband of Lucia DeVincenzo for 60 years. Loving father of Maria (Harry), Patricia (Ryan), and Anthony (Tracy). Devoted Grandfather of Mandy, Kelly, Cindy and Jessica. Rosario will be missed by his furry friends; Mia, Lola, Maggie and Lilly. Predeceased by his parents Oreste and Maria DeVincenzo. Dear brother of the late Ideale DeVincenzo (late Janina), the late Michelina Purchio (late Michele),  late Lucrezia Calleo (late Domenico), late Antonio DeVincenzo (Yolande), late Licia Hryniewicz (late John), late Nicolino DeVincenzo (late Nella), Julia Gargano (Pasquale), Ascenzina Purchio and the late Michelin Purchio (late Michele). Son-in-law of the late Antonio and Emila Picciano. Brother -in-law of the late Adelina Della Penta (late Berto), Luigi Picciano (late Emilia), Giuseppina Villani (late Nunzio), Michele Piacciano and the late Doreena Picciano. Rosario was a special uncle to many nieces and nephews. He was happiest when surrounded by his family. Family and friends are invited to visit at O’Sullivan Funeral Home and Cremation Centre (215 St. James St. 705-759-8456) on Wednesday December 18, 2019 from 11:00am until 12:30p.m. Funeral Mass at St. Gerard Majella Church with Father Alex Saurianthadathil officiating. Entombment in Holy Sepulchre Mausoleum. The family would like to thank Doreen, Dr. Wilson and Dr. D. Fera for the support given to them during this time. In lieu of flowers, donations may be made to ARCH or the Kidney Foundation.