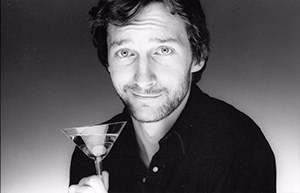 With sadness, we announce the passing of our son and brother, Michael Peter Colynuck in British Columbia on March 17, 2020. Michael was born in Sault Ste. Marie in 1958. He attended Alex Muir PS, Sault Collegiate Institute and Sheridan College- where he pursued his interest in photography. He later attended Southern Alberta Institute of Technology and earned an honours diploma, this one in surveying and mapping technology. He worked in this field and lived happily in Sidney,British Columbia for the past 25 years. Michael had many interests but his favourites were bicycling, photography, hiking and travelling. His most recent adventure was hiking the full Appalachian Trail last summer. He leaves to mourn his early passing, his mother Jean Marcon. His father, Muron, predeceased Michael in 2007 He also leaves behind his 4 sisters, Judy Schoeffman (David McMichael), Linda Ambeault (Robert), Cathy Colynuck and Donna Armstrong (Rob), his nieces and nephews, Elliot Schoeffman, Peter Schoeffman, Sara Tourigny, Emily Cinkol, Alexandra Ambeault, Mark Armstrong, Leah Mortley and Brett Armstrong and great-nieces: Sofia Tourigny, Piper Schoeffman, Iris Mortley, Arya Cinkol and great-nephews: Maximus Tourigny, Theodore Mortley, and Jasper Armstrong. His good friends Patty O’Brien , Sibylle Haun, Paul Godkin and Terry Edwards will also mourn his passing. Michael died after a short, hard battle of pancreatic cancer. A celebration of his life will take place this summer. In lieu of donations or flowers please do something nice for someone, Michael would like that.

JURICH, George
In loving memory - it’s been 20 long years without you. We feel your presence ...

PISTOR, Matthew Herbert
Matthew, There is no way to move on without you, so every day we learn how to ...

GARD. Frederick
In loving memory of Frederick Gard who passed away one year ago on May 29, 2019. ...

RAYMOND, Walter
The day you passed our family was forever changed-you were the glue...Missing ...