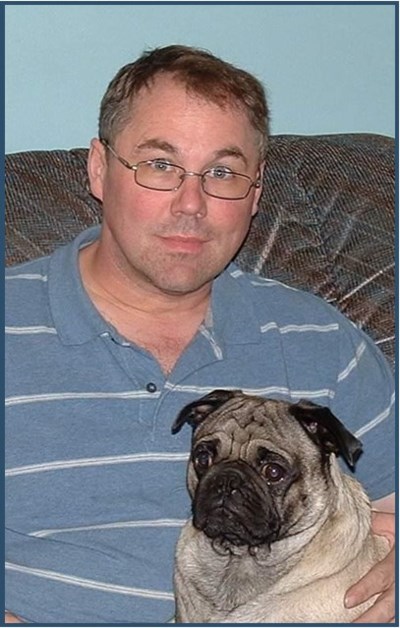 Peacefully at the Sault Area Hospital Thursday May 21st, 2020, in his 55th year. He is survived by his wife and best friend Tracy and his two sons Andrew and Matthew. Beloved son of the late Barbara Carlson and the late Leonard Carlson. Brother of the late Stephen Carlson. Special cousin to Susan Niemi.
Beloved son-in-law of the late Andrew and Judy Frolich. Dear brother-in-law to Andrew Frolich Jr. (Sheila), David Frolich (Laura), Paul and John Frolich.
The Carlson family wishes to extend a sincere thank you to Dr. Pearce, Dr. Spadafora, Dr. Booth, Dr. Bowen, Dr. Apostle, and nurses at the Sault Area Hospital. Brent will also be missed by his two furbabies Max and Oreo.
In keeping with Brent's wishes there will be no funeral services. Cremation has taken place. Donations made in Brent's memory to Crohn's and Colitis (Canada) and Tracy's Dream would be appreciated. Arrangements entrusted to O’Sullivan Funeral Home and Cremation Centre (215 St. James St., Sault Ste Marie, P6A 1P7 705-759-8456)

A beautiful life
that came to an end,
he died as he lived
everyone's friend
In our hearts
a memory
will always be kept
of one we loved
and will never forget.

BELSITO, Bob
In loving memory of a dear husband, father, father-in-law, and Papa, who passed ...
Martynuck, Aldene
Heaven gained an angel 9 years ago on May 24 ...