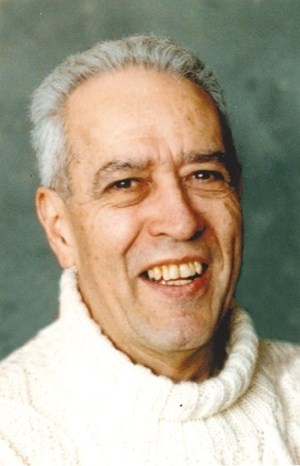 Nino Campana, born February 16, 1929, the last survivor of the five children of the Italian immigrants Ernesto and Olga Campana (1906- Quebec City) expired on September 17, 2020. He was the adoring husband of the beautiful and inimitable Mary Pearson of Scotland. His glamorous first wife, Janet Wells, gave him three exemplary children: Kathryn, Robert, and Lori. Mary brought him three equally exemplary stepchildren: Steven, Annie, and Lorna. Collectively they delivered thirteen grandchildren into the family, and so far five great-grandsons. Sadly, both wives predeceased him.

Nino conducted with Mary as factotum-receptionist, a very genial and successful chiropractic practice for forty-six years, treating over 38, 000 individuals. He served on the Board of Directors of both the Ontario Chiropractic Association and the Canadian Chiropractic Association. At the request of several local barristers and his frequent appearances in court, a change in Ontario’s Rules of Evidence occurred to support chiropractic expertise.

In his middle years, Nino and Mary discovered the joys of travel in distant lands. Every journey was a rewarding learning experience and new friendships were formed.

Nino was a member and a founding office of the Fogolar Furlan, a club celebrating the culture of Northeastern Italy whose people brought the world polenta and arugula, neither of which he liked.

Nino had a retentive memory, and because he remembered the punch lines of every joke he’d ever heard, he had a joke for every occasion. His grandchildren enjoyed his sense of humour and the family histories he bestowed on them at family gatherings.

Apart from family, Nino’s passion was model aircraft. He had friends worldwide in the hobby. He built and flew models for seventy-two years in confirmation of the Peter Pan Principle that a boy need never grow up, but should grow old. He was a founding member of The Sault Radio Controlled Model Airplane Club, a challenging source of much pleasure, and many enduring friendships, near and far. He was a longtime member of The Canadian Bushplane Heritage Centre, a most worthy organization. He also had a passion for watching Formula One racing and an appreciation for fine cars.

Nino's last surviving sibling was his truly splendid and beloved brother Edi, who died at the age of 79. His three sons Steven, Bruce, and Jeffrey also brought great pride to the family.

Donations to the Soup Kitchen Community Centre would be appreciated. https:// www.soupkitchencommunitycentre.org/donate.html