TORONTO — Website traffic for voter registration by Americans living abroad is triple what it was for the 2016 U.S. presidential election, according to Toronto Raptors head coach Nick Nurse.
Oct 19, 2020 2:47 PM By: Canadian Press 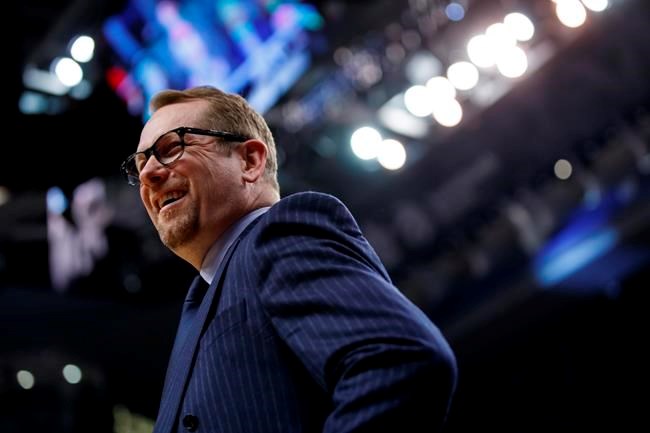 TORONTO — Website traffic for voter registration by Americans living abroad is triple what it was for the 2016 U.S. presidential election, according to Toronto Raptors head coach Nick Nurse.

Nurse and the Raptors can take some measure of pride in the big increase.

"There are 620,000 U.S. citizens living here in Canada, and just over five per cent of them voted in the election in 2016. It's hard to believe when you see those numbers, but we are making some some inroads," Nurse said.

Messages of social and racial justice were a theme of the NBA's restart after its forced four-month shutdown due to the COVID-19 pandemic.

The Raptors launched a campaign to urge Americans living north of the border to vote in the Nov. 3 U.S. presidential election. On Monday, Nurse joined Susan Rice, a former U.S. Ambassador to the United Nations, on an Instagram Live event that coincided with the deadline for several states - Pennsylvania, South Dakota, California, Alabama, and Texas.

"We want to get the COVID crisis under control, particularly on the U.S. side of the border so that we can travel freely and see friends and family. We want co-operative trade relationships. We want our alliance to be strong and to be clear in our commitment to our shared values, our faith in democracy and respect for human rights and our desire to to be strong on the world stage as part of NATO together. So there's so much at stake."

Nurse, who's lived abroad for much of a professional coaching career that has spanned three decades, admitted he's been guilty of voter apathy in previous elections.

"But no more. This is the biggest election of my lifetime, and I hope everybody's thinking a little bit like I am, that I couldn't sit this one out. My conscience won't let me sit it out," said Nurse, who planned to send his registration by FedEx to his home state of Iowa on Monday.

The Raptors originally had planned to open up Scotiabank Arena to facilitate voter registration, but had to scrap that plan over rising COVID-19 cases and tightened restrictions in Toronto.

"If we can get more than five per cent, if we get seven, 10, 15, 20 per cent of Americans in Canada to vote, and many of you come from swing states where your votes really make a big difference. . . I just want to encourage everybody, of all political persuasions to be active and be involved in this process," added Rice.

Rice knows Canada well. Her husband is from Victoria and is a former CBC producer. They lived in Toronto for several years.

"So we love Canada. We love Toronto. We love the Raptors," she said.

Nurse, who earned this season's NBA coach of the year honours, has lived in Canada since 2013. His two younger sons, Leo and Rocky, were born in Toronto.

Rice, who has endorsed Joe Biden in the election, congratulated Nurse on the Raptors' work on social and racial justice issues. The Raptors were one of the standard-bearers in the NBA bubble, arriving at the bubble at Walt Disney World in buses with "Black Lives Matter" in huge black letters.

"It's really a great model that you're showing the rest of us," Rice said. "So I want to thank you and your team for that. And thank you for your leadership on encouraging Americans in Canada to vote at FVAP.gov. It couldn't be more important."

This report by The Canadian Press was first published Oct. 19, 2020