Next generation of Canadian ski talent sets sights on Whistler, B.C., in 2023

CANMORE, Alta. — Canada's Xavier McKeever will be exactly the right age to contend for medals on home snow in 2023. He'll be 20 at world nordic junior and under-23 championship in Whistler, B.C. The cross-country skier from Canmore, Alta.
Oct 19, 2020 1:57 PM By: Canadian Press 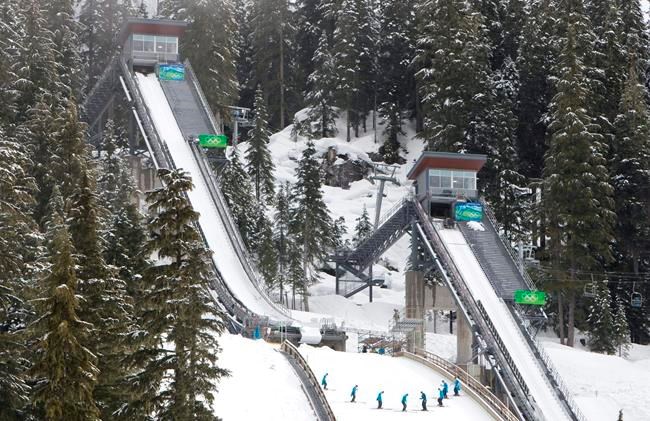 CANMORE, Alta. — Canada's Xavier McKeever will be exactly the right age to contend for medals on home snow in 2023.

He'll be 20 at world nordic junior and under-23 championship in Whistler, B.C.

The cross-country skier from Canmore, Alta., was a 15-year-old racing against 20-year-old males when he made his world junior debut in 2019 in Lahti, Finland.

McKeever looks forward to having the advantage of experience and physical maturation in Whistler.

"It will be my last year of junior so that picks up my will to perform there," McKeever said Monday following a training session in Canmore, Alta.

"I've got big goals for that championship. Having world juniors in your home country is good motivation and it's a good goal to have in your mind."

Canada will host the championship, which combines cross country, ski jumping and nordic combined, for the second time following Canmore in 1997.

The 1979 championship in Mont-Sainte-Anne Que., featured ski jumping and nordic combined, but not cross-country skiing.

Roughly 700 athletes from 50 countries will descend upon Whistler Olympic Park's cross-country tracks and ski jumps, which were the venues for the 2010 Winter Olympic and Paralympic Games.

"It's pretty cool when there's world events happening where we race for pretty local events and we've skied there quite a bit," said 18-year-old cross-country skier Anna Pryce of Calgary.

"You've got the big Olympic rings right in the stadium. It's pretty cool to ski around them."

McKeever is the son of Olympic cross-country skiers Robin McKeever and Milaine Theriault and the nephew Brian McKeever, who won three of his 13 Paralympic gold medals in Whistler.

Stephen will have graduated from the junior ranks and would compete in the under-23 championships in Whistler.

"I think it's going to be really cool to be on home turf in Canada," Stephen said. "I think it's a really big step for Canadian cross-country skiing.

"Might get a few medals and show Canadians that we're serious about cross-country skiing. I think also the biggest home course advantage is going to be having all the Canadian fans cheering for you."

Nordiq Canada high-performance director Kate Boyd calls the 2023 championship the stepping stone to 2026 for skiers like McKeever and Stephen.

"It's a really big deal to get the under-23 world juniors here," Boyd said.

"It's a world championship and for that age group, that's a super big deal to have that silver-medal team gearing up for the 2026 Olympic Games in Italy."

Since the 2010 Winter Games, Whistler's ski jump was the site of a NorAm competition in 2019 and an international Continental Cup in 2017.

"This event will be an outstanding opportunity to elevate our exciting sport and showcase the next generation of Olympic jumpers on Canadian hills,” Ski Jump Canada chairman Todd Stretch said Monday in a statement.

“Holding an event of this magnitude will also assist with refreshing the jumping facilities at the venue to help ensure the future development of the sport in Canada.”