NASHVILLE — The Florida Gators finally figured out how to avoid overtime against LSU.
0
Mar 15, 2019 5:18 PM By: Canadian Press 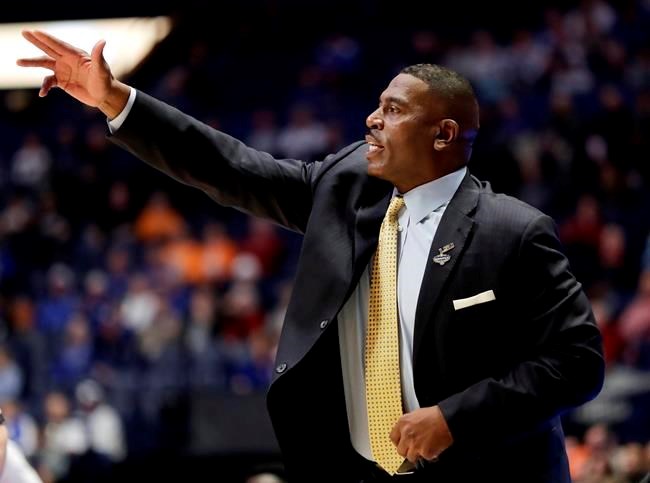 NASHVILLE — The Florida Gators finally figured out how to avoid overtime against LSU.

Canadian Andrew Nembhard hit a three-pointer with a second left, and Florida rallied from a 13-point deficit in the second half to upset the ninth-ranked Tigers 76-73 Friday in the Southeastern Conference Tournament quarterfinals.

Freshman Keyontae Johnson had the ball when he saw LSU forward Naz Reid sliding into position to take a charge and passed to Nembhard, who was open at the top of the key.

"I just had confidence in him," Johnson said. "I'm glad he hit it."

The SEC regular-season champs had one last chance as Will Reese threw the ball deep to Reid, who couldn't catch it while defended by a pair of Gators before the buzzer. That avoided the third overtime this season between these teams.

Eighth-seeded Florida (19-14) now will play either No. 22 Auburn or South Carolina in the semifinals Saturday after a thrilling comeback that firmed up the Gators' chances for an at-large NCAA Tournament berth.

LSU (26-6) was a 3 -point and had won five straight without coach Will Wade, who remains suspended indefinitely despite asking Thursday to rejoin the Tigers for the . LSU quickly squashed that idea with a statement noting Wade will remain suspended until he speaks to school officials about the reports of an FBI wiretap that led to his suspension March 8, noting Wade has yet to "deny any wrongdoing to us or publicly."

The Tigers did have freshman Javonte Smart back after LSU announced a couple hours before tipoff Friday that the guard has fully in a "joint inquiry" with the school and the NCAA.

They accepted their trophy as the league's regular-season champs from SEC Commissioner Greg Sankey before tipoff in a subdued ceremony. Then LSU led 35-25 at halftime and as much as 42-29 with 16:52 left.

Florida clawed back into the game by hitting eight straight shots and 10 of 11. Jalen Hudson made a pair of free throws with 6:05 left to give Florida its first lead of the game at 58-57, setting up a frantic finish. LSU led 63-60 when Johnson hit a three-pointer, officials called a foul on LSU and the LSU bench was assessed a technical also a technical for arguing. KeVaughn Allen hit a pair of two free throws, and Kevarrius Hayes hit one for a six-point play.

LSU interim coach Tony Benford said he thought the three came after an official blew the whistle for the other foul and was confused about why the shot counted.

"Unfortunately, I probably shouldn't have gotten the T, looking back on it," Benford said.

Reid hit two three-pointers in the final minute to tie it at 70 and again at 73 with 13.2 seconds left. Then Johnson found Nembhard for the winning three. White credited the two freshmen with good decisions.

"Andrew has worked hard on his jumper," White said.

Nembhard had no time to do more than catch and shoot.

"I'm happy it went down for sure," Nembhard said.

Nembhard, from Aurora, Ont., led five Gators in double figures with 20 points. Johnson finished with 16, Hudson had 13, Allen scored 12 and Hayes had 11.

Reid led LSU with 26 points and 14 rebounds. Smart finished with 13 points off the bench.

The freshman guard was held out of LSU's win over Vanderbilt to close the regular season and didn't learn until about 9:45 a.m. Friday that he could play again. Asked if he had any knowledge of the offer Wade reportedly discussed on the FBI wiretap, Smart said no.

"I have nothing to do with that," Smart said.

Florida: The Gators' three-point shooting woes, which contributed to their three-game skid to end the regular season, surfaced again. They went 2 of 15 (13.3 ) in the first half outside the arc, a number made worse considering they shot more from the outside than inside the arc. But the Gators kept shooting threes and went 6-of-13 in the second half.

LSU: The Tigers will have a complaint about the discrepancy in foul calls with 24 on LSU compared to 10 for the Gators. The Tigers didn't even go to the free throw line in the first half despite having a 26-10 scoring edge in the paint. They wound up shooting 7 of 11 at the line while Florida was 16 of 26.

"I can't get into that," Benford said. "We're not going to get any calls. I heard guys (say) when there's an interim coach, you're not getting any calls."

At halftime, the SEC the late LSU forward Wayde Sims, who was shot to death last September.

LSU: Hoping for a No. 2 seed in the NCAA bracket.