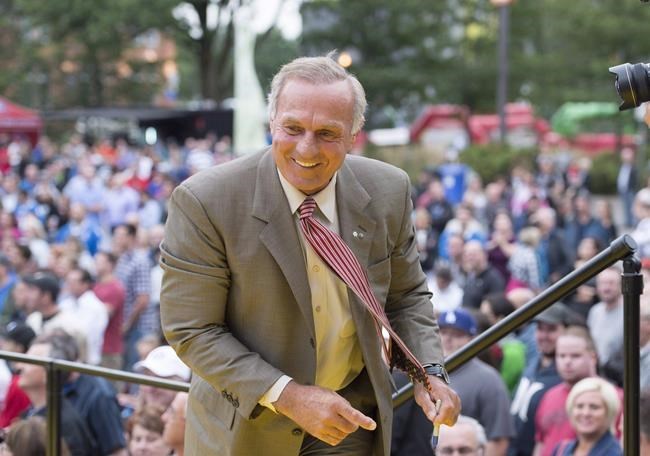 At the request of the Lafleur family, the hockey club released a statement on Sunday about the additional procedure performed on Thursday.

"Guy Lafleur underwent surgery at the Centre Hospitalier de l'Universite de Montreal (CHUM) on November 28," the team said. "This procedure was performed in order to remove a lobe on one of his lungs, as well as to remove lymph nodes."

Lafleur had under gone heart surgery on Sept. 26.

The statement said the recent operation was successful and that Lafleur will remain under observation at the hospital before returning home in the coming days to continue his recovery.

Lafleur spent the first 14 years of his career with the Canadiens, followed by a three-year retirement. He then played with the New York Rangers for one season and the Quebec Nordiques for two.

Most of those three seasons were played after he'd already been inducted into the Hockey Hall of Fame in 1988.

Lafleur became the first player in NHL history to score at least 50 goals and 100 points in six consecutive seasons.

He holds the record for most points as a Canadien and helped the club win the Stanley Cup five times.

Note to readers: This is a corrected story. This version changes to Lafleur having a procedure on lymph nodes instead of ganglions, reflecting a correction at source.