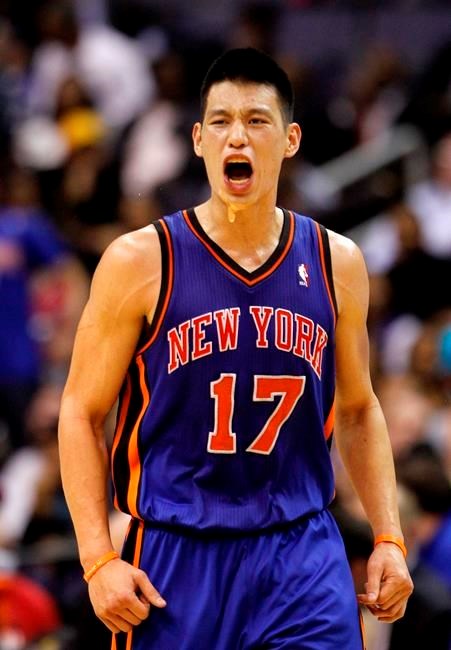 TORONTO — For at least part of one season, Jeremy Lin might have been the most popular player in the NBA.

Starting the 2011-12 campaign as a deep bench player sleeping on his brother's couch, he led an unexpected turnaround of a struggling New York Knicks franchise, creating a basketball craze known as "Linsanity" in the process.

An injury cut his breakout season short, and while he has remained a useful player, his career since hasn't generated the same buzz.

With the Toronto Raptors reportedly set to sign Lin after his contract with Atlanta is bought out, here is a look back at the 26-game span that made Lin a star:

FROM OUT OF NOWHERE — Lin's path to the NBA is as improbable as they come. Undrafted despite blossoming into a star at Harvard while completing his economics degree, Lin signed a two-year deal with his hometown Golden State Warriors and played sparingly in 29 games for them in 2010-11, becoming the first American of Chinese or Taiwanese descent to play in the NBA. Next season he was picked up on waivers by New York, where he was banished to the far extremity of the bench. But an injury to Baron Davis and generally woeful play by the Knicks had coach Mike D'Antoni desperate for an alternative.

BREAKOUT GAME — Lin played big minutes for the first time in a Feb. 4 game against the New Jersey Nets and made the most of them, coming off the bench to put up 25 points, five rebounds, and seven assists in a 99-92 win. But Lin put the NBA on notice in the Knicks' next game. Thrust into the starting lineup and playing without star teammates Carmelo Anthony and Amar'e Stoudemire, Lin had 28 points and eight assists while logging almost 45 minutes in a 99-88 win over Utah. After the game, D'Antoni said he planned to ride Lin "like freakin' Secretariat."

DEEP DAGGER — One of Lin's most memorable shots came at Scotiabank Arena (then Air Canada Centre) on Feb. 14, 2012, a three-point dagger at the final buzzer that gave the Knicks a 90-87 win over the Raptors. Lin, in his fifth career start, didn't exactly look like a phenom in the game, committing eight turnovers and missing four free throws — all in the fourth quarter. But with the game tied and about 20 seconds left on the clock, Lin got the ball at half-court. With the crowd on its feet and cheering, he stared down Toronto guard Jose Calderon for what seemed like an eternity, then stepped up to the top of the arc and drained a three-pointer with .5 seconds remaining on the clock.

COVER BOY — It's a rare feat for an athlete to make the cover of Sports Illustrated more than once, let alone two weeks in a row. But Lin did just that. His first cover shot came in the Feb. 13, 2012 issue and had Lin as the face of the Knicks' big turnaround in the wake of a 92-85 win over Kobe Bryant and the Los Angeles Lakers. Lin had 38 points in that game. A week later the magazine took a deeper look at Lin's background, with the article claiming Lin was more popular in China than former Houston Rockets superstar Yao Ming.

END OF A (BRIEF) ERA — For a stretch of 26 games in 2012 — from the Feb. 4 win over New Jersey to a March 24 win over Detroit — Lin led the Knicks to a 16-10 record. After starting the season at 8-15 before Lin's breakout, the Knicks finished the lockout-shortened season 36-30 and made the playoffs as the Eastern Conference's seventh seed. Lin wasn't around to help out in the post-season, however, as he underwent surgery for a season-ending knee injury after the March 24 game. He became a restricted free agent after the season, and Houston signed him to a three-year, US$25-million offer sheet that New York would not match.