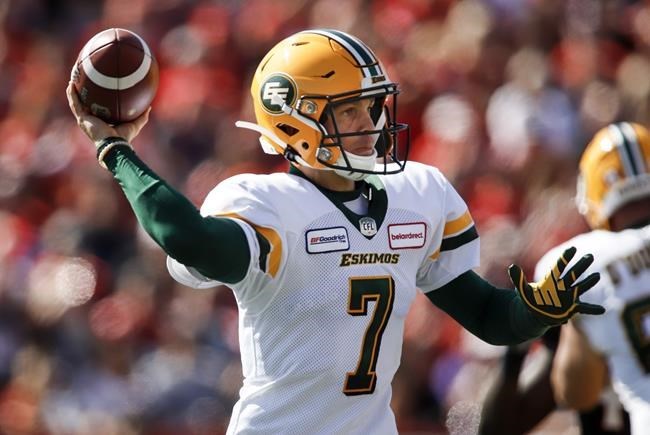 Harris went on the six-game injured list after suffering an injury to his throwing arm in Edmonton's 33-17 loss to the Calgary Stampeders on Sept. 7. Logan Kilgore started four games during Harris's absence, leading the Eskimos to a 2-2 record.

It's unclear if Harris will play Saturday when Edmonton (8-8) hosts the Saskatchewan Roughriders (11-5) to open a home-and-home series. The Eskimos can finish no higher than fourth in the West Division and will be the crossover team once the playoffs begin.

Edmonton will visit the Montreal Alouettes (9-7) in the East Division semifinal Nov. 10.

In other moves, Edmonton added American quarterback Troy Williams to its practice roster while releasing American defensive back Robert Priester.

This report by The Canadian Press was first published Oct. 21, 2019.