MONTREAL — The Montreal Canadiens have signed defenceman Kaiden Guhle, a first-round pick in 2020, to a three-year, entry-level contract.
Oct 20, 2020 11:53 AM By: Canadian Press 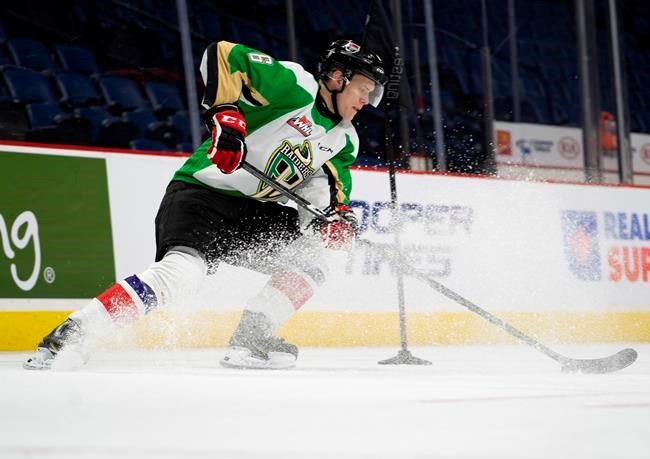 MONTREAL — The Montreal Canadiens have signed defenceman Kaiden Guhle, a first-round pick in 2020, to a three-year, entry-level contract.

The deal also contains bonuses to a maximum of $420,000 in each season.

Guhle is set to make $80,000 per season at the American Hockey League level.

The 18-year-old from Sherwood Park, Alta., had 40 points in 64 games in 2019-20, his second season with the Western Hockey League's Prince Albert Raiders.

Guhle won the WHL championship with Prince Albert in 2018-19, registering three assists in 23 playoff contests. He skated in three games with the Raiders at the Memorial Cup tournament the same year.

Guhle was selected 16th overall by the Canadiens at the 2020 NHL draft.

This report by The Canadian Press was first published Oct. 20, 2020.