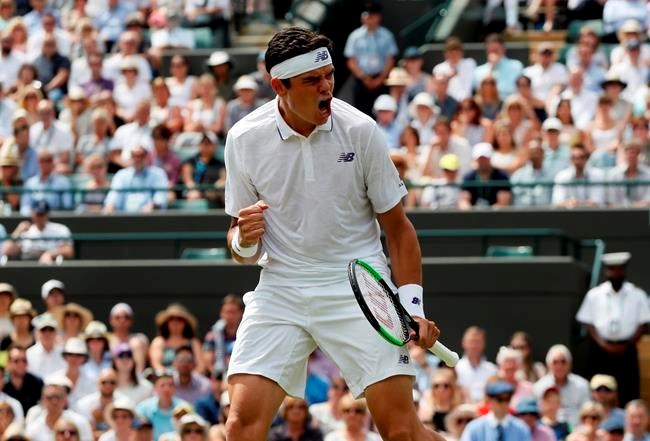 Raonic, the No. 6 seed from Thornhill, Ont., needed two hours 16 minutes to complete the victory. He had a 20-9 edge in aces and a 55-32 advantage in winners over the match.

Pospisil dropped a 6-4, 6-4, 6-3 decision to eighth-ranked Dominic Thiem of Austria.

On Monday, Montreal's Francoise Abanda reached the second round with a 6-2, 6-4 win over Japan's Kurumi Nara. Eugenie Bouchard of Westmount, Que., and Denis Shapovalov of Richmond Hill, Ont., lost their opening matches.