MONTREAL — Cornerback Jonathan Mincy will probably see a lot of Adarius Bowman when the Montreal Alouettes visit Edmonton on Friday, but he won't complain if he gets a down or two against Eskimos newcomer D'haquille (Duke) Williams.
0
Jun 28, 2017 5:10 PM By: Canadian Press 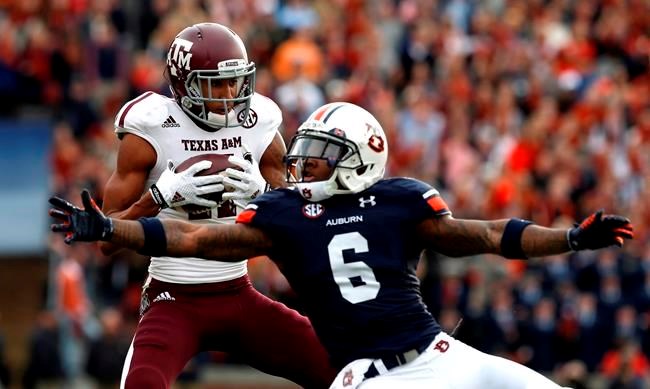 MONTREAL — Cornerback Jonathan Mincy will probably see a lot of Adarius Bowman when the Montreal Alouettes visit Edmonton on Friday, but he won't complain if he gets a down or two against Eskimos newcomer D'haquille (Duke) Williams.

Mincy's and Williams' stints at Auburn University overlapped for one season in 2014 and they often played against one another in practice.

"He's one of the greater competitors I ever went against," Mincy said Wednesday. "I'm happy to just go out there and play against him."

Both players shone on the opening weekend of the CFL season.

Williams caught four passes for 110 yards in his debut to help Edmonton win 30-27 in Vancouver.

Mincy, switched from field to boundary corner on short notice, was named third star of the week after he held former Alouette Duron Carter to two catches for 12 yards in Montreal's 17-16 victory over the Saskatchewan Roughriders. He picked off a pass and made a spectacular leap to knock away a pass that could have gone for a long touchdown.

Williams is looking to repair a reputation damaged when he was tossed out of Auburn in 2015 for, among other things, breaking a teammate's jaw in a bar fight. He had a look with the Los Angeles Rams last season and now wants to show what he can do in the CFL.

Mincy, in his second season in Montreal, has stayed in touch and was able to answer questions about the CFL when Williams joined the Eskimos.

As for how they'll act on the field, Mincy said Williams is the one more likely to chirp.

"I just go out there and play," said Mincy.

The Decatur, Ga. native will need to be at his best as the Alouettes deal with a run of injuries in their defensive backfield.

He had to switch positions when Raymon Taylor was injured. Then defensive back Greg Henderson and cornerback Travis Hawkins went down against the Roughriders.

It will help that veteran off-season signing Ryan Phillips is ready to play after missing the opener. Defensive backs Jake Rodgers and Donald Unamba, who attended training camp, were called back and will dress in Edmonton.

The backfield was already dealing with personnel changes with the departures of veterans Jovon Johnson and Marc-Olivier Brouillette.

"Something we try to do in training camp is teach players multiple positions and not be locked into one," said defensive co-ordinator Noel Thorpe. "That can help build depth on your roster for when these things happen.

"You're limited in your roster size, so there' strength in doing that. That's exactly what happened with Mincy."

Thorpe was not surprised to see Mincy do well at boundary corner, a position that often means lining up against an opponent's top receiver.

"He's been doing that at field, but maybe not getting as much recognition," said Thorpe. "He had a chance to line up against an explosive receiver who garners more attention than other receivers and he did a nice job for us."

Head coach Jacques Chapdelaine added that Mincy may have "found himself a home" at that position.

The 24-year-old Mincy said he's ready to cover any receiver he's assigned to.

"I'll play wherever the team needs me to play," he said. "In college I matched up with the best receivers every game, so it's just going out there to compete.

"Every game it was always a big time receiver," he said.

Edmonton has a top receiver of its own in Bowman, a three-time CFL all-star who led the league last season with 120 catches and 1,761 receiving yards.

"If he comes to my side of the field it's going to be a battle," said Mincy. "He's a long rangy receiver who can run.

"He has everything you want in a receiver. I'm blessed to have a position to go against him."