MONTREAL — George Chabo was just a teenager when the Syrian refugee arrived in Montreal in the winter of 2016, met first by Canadian Red Cross volunteers who supplied him and his family with boots and winter jackets to brave the Quebec cold.
Jul 5, 2020 11:22 AM By: Canadian Press 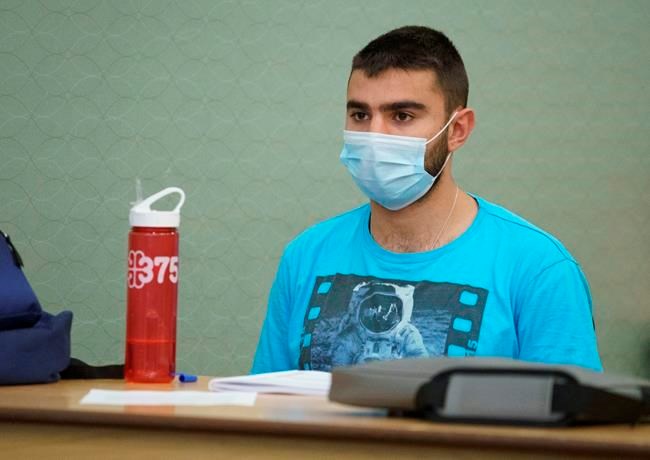 MONTREAL — George Chabo was just a teenager when the Syrian refugee arrived in Montreal in the winter of 2016, met first by Canadian Red Cross volunteers who supplied him and his family with boots and winter jackets to brave the Quebec cold.

Chabo never forgot that initial encounter and now he's determined to give back to the humanitarian organization and the province that welcomed and helped his family.

Recently, Chabo, 21, sat attentively in a classroom — a converted hotel room where the Red Cross has been training people to do humanitarian work in long-term care homes as support aides and other tasks.

These aides are being trained to replace Canadian Armed Forces personnel, most of whom have recently left the homes.

The Red Cross is training up to 900 people to fill a variety of tasks while Quebec completes training for more than 10,000 people to work full-time as orderlies by mid-September in long-term care homes.

People like Chabo will be pressed into service in the coming weeks to fill that void and give workers some reprieve after a difficult spring on COVID-19's front lines.

Chabo is a student, but instead of taking the summer off, he raised his hand to help the most vulnerable.

During a break last week during his intensive training session where he's learning to take care of the elderly, Chabo explained why he answered the call.

"We went through difficult situations in our country, in Syria, we know what crises are," Chabo said. "We understand, we have empathy."

He wants to help those most vulnerable during a pandemic.

"It's a difficult moment for us, but especially for them," said the soft-spoken Chabo.

He's convinced the job will be a good experience.

“The elderly have a great life experience ... they have a lot to talk about," said Chabo, no stranger to helping out as his own family takes care of his paternal grandparents.

"It is enriching to help them."

He hasn't forgotten the impression the Canadian Red Cross made during his arrival to Canada.

He first came to know the organization in Syria, ravaged by war since 2011.

It was also the Red Cross that helped his family in Lebanon, providing the medical exams needed ahead of their arrival in Canada in February 2016.

Chabo was just 17 when representatives provided them with the winter clothes and helped to fill out their immigration documents. His family — his parents, sister and brother — were sponsored by Quebecers.

So when Chabo caught word of the recruitment drive, he jumped at the opportunity.

He wasn't even in need of work — he already had a job. But he was determined to give back.

"In exchange, I feel it's a good idea to help the community like this," he said. "I want to give back to society for its warm welcome."

The novel coronavirus has hit Quebec the hardest of all provinces, with long-term care homes and seniors' homes accounting for more than 80 per cent of deaths.

But the situation has stabilized somewhat since the spring, he said. And Chabo is confident the measures in place and his Red Cross training will keep him safe.

The first group of trainees — about 150 people — are scheduled to start working Monday in a variety of long-term care residences.

The rest are expected to be deployed by July 29.

This report by The Canadian Press was first published July 5, 2020.