Welcome to Twitch U: Pandemic has some profs streaming lectures on gaming platform

ST. JOHN'S, N.L. — David Churchill is just 20 minutes into his first lecture of the semester at Memorial University of Newfoundland, and already students are expressing their enthusiasm.
Sep 17, 2020 1:08 PM By: Canadian Press 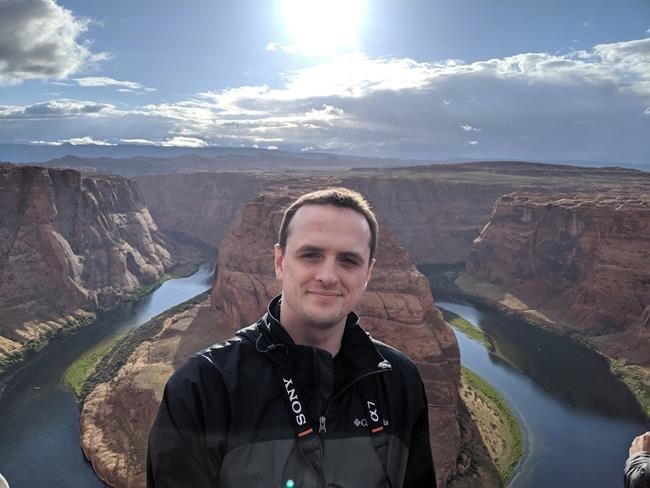 ST. JOHN'S, N.L. — David Churchill is just 20 minutes into his first lecture of the semester at Memorial University of Newfoundland, and already students are expressing their enthusiasm. Not with lit-up eyes or hands waving in the air but with a series of emojis: PogChamp emote, LuL emote, PogChamp emote.

Because of the COVID-19 pandemic, few of the university's fall semester courses will be in person. There is a university-approved video lecture system, but for his two courses in the computer science department, Churchill is experimenting with an online streaming platform used mainly by gamers.

The platform, Twitch, is where video gamers usually log on to watch others play or to stream their own gameplay in hopes of attracting a few viewers.

For Churchill's live-streamed lecture on artificial intelligence, that symbol amounts to high praise.

The assistant professor of computer science addressed his students last week from his webcam. His image was embedded on a bigger screen showing the course notes as a cascade of comments, questions and emotes poured into the chat window, from users — presumably his students — with names such as RandomCuztard and KlonTwitch.

He'd look over and answer questions every few minutes.

With 117 people registered for the course, his first lecture held steady at about 100 viewers. In theory, anyone in the world could have been among them.

Churchill is aware of the well-publicized attempt by New York University gaming professor Robert Yang to teach via Twitch last spring. According to the technology news website The Verge, Yang's 18-student class attracted 584 viewers who flooded the chat with emotes, and it disintegrated into chaos.

"To say lecturing on Twitch is a failed experiment — No, that person had a failed experiment," Churchill, 37, said in an interview. "But if you've grown up online and dealt with trolls your whole life, it's more manageable, I believe."

He adds, laughing: "And I have grown up with trolls my whole life, let me just get that out."

Churchill has been streaming on Twitch regularly for the past six years, showing games he was working on or his latest developments with the artificially intelligent programs, or bots, he builds to play the complex intergalactic battle game StarCraft.

He had planned to record his lectures and put them online for his students, but he found they were boring — "like a eulogy," he said. He wanted more energy, and more opportunity for human connection.

So he turned to what he knew — and to what his students knew. When he asked those who'd already enrolled whether they wanted recorded or livestreamed Twitch lectures, Twitch won 71-0.

Energy and connection is what drove David Samson, an assistant professor of anthropology at the University of Toronto's Mississauga campus, to the platform when the pandemic pushed classes online.

He taught his entire Sister Species summer course on Twitch and has no regrets. Anthropology may not seem like an immediate match for Twitch, but Samson's a gamer, and he knows it well. Of all the video platforms, he said, Twitch is the one built for lively, high-energy interaction between streamers and viewers.

"One of the best ways to keep people's engagement high is to really make a rapport with people via their handle names, so you're like, 'Oh, Bonobo34, that is an awesome question, thanks, you're on a roll,' " he said.

To keep it professional as the emotes scroll by, he said he wears a suit for each lecture. Like Churchill, Samson had his teaching assistants moderate the chat in case things got out of hand.

Samson said his end-of-course evaluations were just as good, if not a little better, than those for the in-class version of Sister Species, and student performance was just as high.

It's not perfect, of course: Samson points out that anyone streaming lectures on the platform is ultimately handing over their work for free, to be consumed by anyone in the world, whether they've paid tuition or not.

"It's not the safe space you get when you're all in a room together," he said. "By necessity, I keep it specifically on content that I would feel 100 per cent comfortable taking on if I were in a public lecture with 1,000 people."

Despite the difference, he thinks he'll keep using the platform when and if regular lectures resume. In particular, it'll save a trip for students who may be commuting from another campus for his course, he said.

Back in St. John's, the feedback from students after Churchill's first week of Twitch lectures was encouraging, he said. Unlike Samson, Churchill is not yet sure if he'll use the platform when regular classes resume.

"I'd have to evaluate that once this term has ended," he said. "There's a lot to be said for actually being there in person with students."

This report by The Canadian Press was first published Sept. 17, 2020.