Stars not aligned for astrologers and a grim find; In The News for Mar. 25

In The News is a roundup of stories from The Canadian Press designed to kickstart your day. Here is what's on the radar of our editors for the morning of Mar. 25. What we are watching in Canada ...
Mar 25, 2020 7:31 AM By: Canadian Press 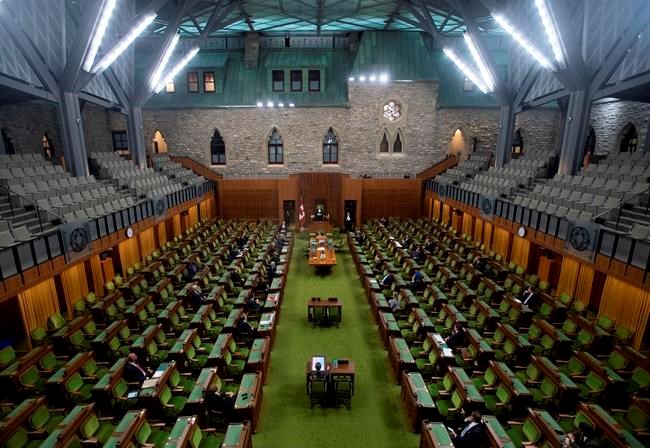 In The News is a roundup of stories from The Canadian Press designed to kickstart your day. Here is what's on the radar of our editors for the morning of Mar. 25.

What we are watching in Canada ...

The House of Commons has passed emergency legislation to free up $82 billion to help Canadians weather the COVID-19 crisis.

After a day of tense negotiations, MPs began debating the bill in the wee hours of Wednesday morning, and a vote took place shortly after.

Government house leader Pablo Rodriguez said it's now up to the Senate to approve the bill.

Earlier on Tuesday, Conservatives raised objections to what they dubbed a Liberal "power grab."

An emergency sitting of the House of Commons was suspended moments after it began as Conservatives balked at provisions that would give the government sweeping powers to unilaterally spend, borrow and change taxation levels without Parliament's approval for the next 21 months.

Conservative Leader Andrew Scheer said early in the day that his party would support emergency efforts to get money to Canadians struggling with the COVID-19 crisis, but would oppose any attempts by the Liberal government to expand its power.

His warning came before a small group of 32 MPs gathered in the Commons to debate and vote on legislation to deliver $82 billion in financial aid and tax deferrals to individuals and businesses, as proposed last week by the government to deal with COVID-19 and its ensuing economic havoc.

They convened as scheduled. However, the sitting had only just begun when government the House leader asked that it be suspended so that the government could continue negotiating details of the legislation with opposition parties.

International Development Minister Karina Gould says Canada will spend millions to help the world's most desperate people fight COVID-19 because it is in the country's long-term security interest as well as being the right thing to do.

Gould says that's why Canada has earmarked $50 million, part of its response to today's launch of the United Nations COVID-19 humanitarian response plan.

In an interview with The Canadian Press, Gould rebutted criticism in some quarters that the government ought to be focusing instead on Canadians hunkering down at home to limit the spread of the virus.

UN Secretary-General Antonio Guterres is set to launch a $2-billion global appeal today, calling for a co-ordinated response to help the world's war-torn, displaced and otherwise most destitute people who are facing new misery because of the pandemic.

Guterres has sent a letter to the G20 members, including Canada, urging them to spend more to prevent the virus from spreading like wildfire in developing countries burdened by poor health systems and massive refugee influxes.

Gould says the government needs to help Canadians at home with an $82-billion spending package, but it must also spend $50 million globally to protect Canada's future security and economic prosperity from a virus that knows no borders.

"The world is connected ... Whatever happens over there, far away, is something that can very easily come to our doorstep."

The stars haven't aligned for astrologers in the age of COVID-19.

The pandemic has forced some writers and editors to move mountains — or in this case, planets — to have future horoscopes reflect the changing times.

A long-running feature in newspapers and websites, horoscopes can provide a chuckle, some pause for thought, or even eye-rolling among those who don't believe in forecasts of the future.

Many astrologers clearly didn't see the pandemic coming, judging by some of the recent suggestions in Canadian online horoscopes.

Hopefully Capricorns didn't follow advice last Sunday to "get together with people you share history with" or "attend a reunion."

Scorpios had a challenge on their hands that day — "Go to a yoga class" seems ambitious given that studios are closed.

And a recommendation for Geminis last weekend? "Network and gather friends together, making helpful introductions" during the day and "host a gathering" at night.

Governors across the nation rejected President Donald Trump's new accelerated timeline for reopening the U.S. economy, as they continued to impose more restrictions on travel and public life in an attempt to curb the spread of the coronavirus.

The dismissal of Trump's mid-April timeframe for a national reopening came from Republicans and Democrats, from leaders struggling to manage hot spots of the outbreak and those still bracing for the worst. Maryland Gov. Larry Hogan, the head of the National Governors Association and a Republican, called the messaging confusing since most leaders are still focused on enforcing the restrictions, not easing them. He accused the White House of running on a schedule made of some “imaginary clock.”

The pushback suggests Trump's talk of an early reboot is unlikely to gain traction. In most cases, it's state leaders — not the federal government — who are responsible for both imposing and lifting the stay-at-home orders and other restrictions intended to stop the contagion.

But the governors' reaction also revealed the striking disconnect and growing tensions between Trump and the state leaders closer to the front lines of a crisis that threatens to overwhelm U.S. hospitals and claim thousands of lives.

The president is eager to get the U.S. back to work as the crisis takes a political toll and the economy, which had been the cornerstone of his re-election bid, begins to wobble. The economic damage could be worse than the death toll from the virus, he has said. As soon as next week, Trump wants to take another look at recommendations about business closures and self-isolation, and said Tuesday the country could reopen by Easter Sunday — less than a month away. “Our people want to return to work," he said.

What we are watching in the rest of the world ...

Spanish army troops disinfecting nursing homes have found, to their horror, some residents living in squalor among the infectious bodies of people suspected of dying from the new coronavirus, authorities said.

Minister Margarita Robles said the elderly residents were “completely left to fend for themselves, or even dead, in their beds.” She said the discovery over the weekend included several nursing homes but did not name them or say how many bodies were found.

A judicial probe into the horrific discovery was opened Tuesday as Spain announced a record one-day jump of nearly 6,600 new coronavirus infections, bringing the overall total to more than 39,600. The number of deaths also leaped by a record 514 to almost 2,700, second only to Italy and China.

As bodies piled up, Madrid took over a public skating rink as a makeshift morgue after the city facility overflowed. To date, 1,535 people have died in the hard-hit Spanish capital, more than half of the national total. The capital region has over 12,350 infections.

This report by The Canadian Press was first published on Mar. 25, 2020.