TORONTO — The country's two largest provinces, with about 80 per cent of Canada's known cases of COVID-19, were taking different approaches to returning to normalcy amid federal projections on Tuesday that thousands more people would likely contract
Apr 28, 2020 6:39 PM By: Canadian Press 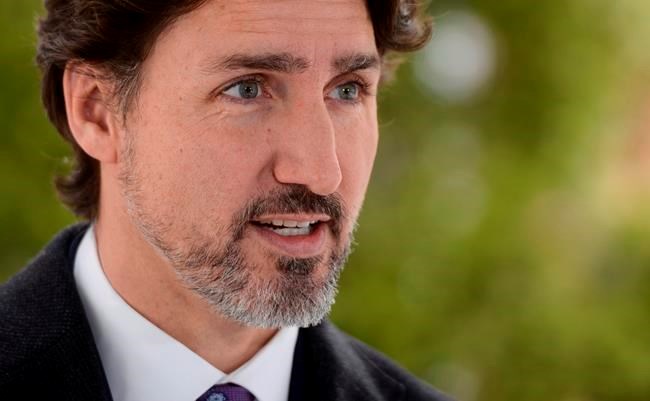 TORONTO — The country's two largest provinces, with about 80 per cent of Canada's known cases of COVID-19, were taking different approaches to returning to normalcy amid federal projections on Tuesday that thousands more people would likely contract COVID-19 and hundreds more could die in the coming week.

Quebec, which has been hardest hit, reported 83 new fatal cases for a total of 1,682. However, Premier Francois Legault said although deaths were rising in long-term care homes, they were largely stable elsewhere.

As a result, Legault said stores outside the Montreal region could start reopening on Monday and in the city a week later. Primary schools and daycares are also to reopen starting May 11.

Ontario, on the other hand, has given no dates or schedule for lifting COVID restrictions, other than that schools will stay closed until at least the end of May. Premier Doug Ford has been adamant reopening depends on getting the virus spread under firm control.

"Let me be crystal clear: As long as this virus remains a threat to Ontario, we will continue to take every precaution necessary," Ford said this week.

In its latest report, Ontario snapped a three-day string of declining new cases as another 59 more people died. The province was approaching 1,000 deaths.

Ontario's Health Minister Christine Elliott did say about three dozen people were reported to have died because they were unable to have heart surgery due to the pandemic.

The world has now seen more than three million cases of COVID caused by the new coronavirus, with around 215,000 related deaths. Canada passed the 50,000 mark for known cases on Tuesday, more than 2,800 of them have been fatal.

Latest data indicate Canada's case rate is doubling every 16 days rather than three to five days seen about three weeks ago. Dr. Theresa Tam, the country's top public health officer, said outbreaks in long-term care and senior homes have driven the epidemic and were responsible for the vast majority of deaths.

While adults over the age of 60 accounted for 95 per cent of the more than 2,700 deaths, Tam warned no one was immune.

"The measures we've taken so far are working," Trudeau said at his daily briefing. "(But) if we lift measures too quickly, we might lose the progress we've made."

As provinces announced plans for getting on the road to normalcy, the government released its framework for easing up on the restrictions. However, a co-ordinated and consistent approach was imperative, Trudeau added.

Getting the country moving, he said, won't be an overnight process. Among other things, it will depend on capacity for testing and tracing infections, and ensuring that workers are safe on the job.

"Controlling transmission is key," Trudeau said. "Restarting our economy will be gradual and careful, and will be guided by science."

In addition, the health-care system will have to be able to manage both COVID and non-COVID needs, which will be up to the provinces, which will need measures to protect seniors, inmates and other vulnerable groups, the guidelines state.

Prince Edward Island reported its first new case in two weeks on Tuesday, while Newfoundland reported no new cases, as did Manitoba and New Brunswick, which has gone 10 straight days without a new infection.

P.E.I. said non-urgent health care services, including some elective surgeries, would restart May 1, while some outdoor gatherings and recreational activities will also be allowed with appropriate physical distancing. Manitoba said it planned to test anyone with symptoms of coronavirus disease — even those with just a runny nose or cough.

While scientists work to develop a COVID-19 vaccine, a new Leger poll for the Association for Canadian Studies suggests 60 per cent of Canadians want inoculation to be mandatory, while the rest think it should be voluntary.

Trudeau said it was far too early to discuss whether everyone should have to get a shot.

"We are still unfortunately a long way from having a vaccine," Trudeau said. "As far as the protocols are concerned, we still have a fair bit of time to reflect on that."

As COVID-19 spreads in prisons, more than three dozen organizations demanded an immediate inquest into the April 15 death of a B.C. inmate due to the disease. The man died at Mission Institution, where more than 100 inmates have tested positive. At least 249 federal inmates were known to be infected.

-With files from Canadian Press reporters across the country.

This report by The Canadian Press was first published April 28, 2020