OTTAWA — As some provinces considered staggered steps Wednesday towards reopening their economies, Prime Minister Justin Trudeau made clear some of them may ease restrictions at different speeds.
Apr 29, 2020 4:08 PM By: Canadian Press 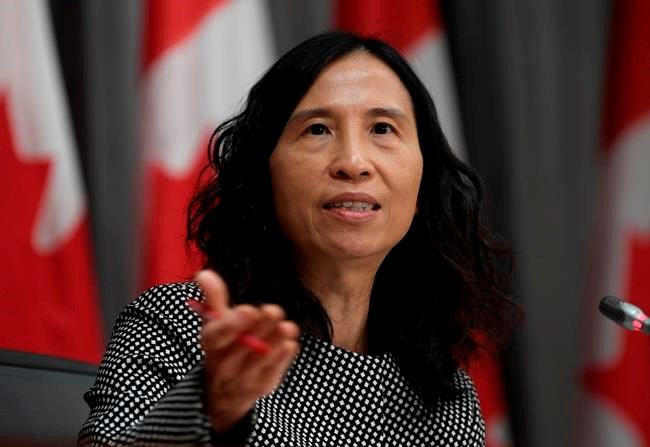 OTTAWA — As some provinces considered staggered steps Wednesday towards reopening their economies, Prime Minister Justin Trudeau made clear some of them may ease restrictions at different speeds.

Trudeau also stressed that all will follow the guidelines their premiers and the federal government drafted collaboratively to ease the physical distancing that was instituted to combat COVID-19 — a joint effort that he branded as an unusual success in Ottawa's sometimes strained relations with the provinces.

"Every region, every province, every territory is facing a very different situation right now with different industries, different-sized cities, and different spread of COVID-19. That's why we needed to make sure that the foundational elements were there, that we could all follow as Canadians, but recognize that different jurisdictions will act differently," Trudeau said Wednesday.

"But there is a common desire right across the country from all premiers to ensure that we're doing this right."

Those differences were starkly illustrated by the fact that Quebec and Ontario, the country's two largest provinces, were taking different approaches to easing restrictions amid federal projections released this week that thousands more people would likely contract COVID-19 and hundreds more could die in the coming week.

Canada's two most populous provinces account about 80 per cent of the country's known cases of COVID-19, a sharp contrast with other regions, where some light seemed to be appearing at the end of the pandemic tunnel.

Manitoba said it would start easing its physical distancing measures on Monday and allow dentists, physiotherapists, retail stores, hair salons and restaurant patios to open at no more than half capacity.

New Brunswick, Prince Edward Island and Newfoundland and Labrador reported no new cases Wednesday. But P.E.I. said it will remain closed to outsiders for the foreseeable future.

Quebec remains Canada's hardest-hit province, announcing 79 new deaths on Wednesday for a total of 1,761, and 837 cases for a total of 26,594. But the province is nevertheless pushing forward with plans to ease restrictions.

The province said Wednesday that stores outside the Montreal region could start re-opening on Monday and in the city a week later, while primary schools and daycares are also to re-open starting May 11.

The province also said it will remove roadblocks throughout May to certain regions outside Montreal, but not Gatineau, which is on the Ontario border with Ottawa. The nation's capital has more cases than six other provinces.

Dr. Theresa Tam, Canada's chief public health officer, said her provincial and local counterparts are being "extremely cautious" as they weigh what to do in their individual regions.

"They will look at how they cautiously do any of these relaxations, including schools," Tam said.

"It's best to discuss, of course, with Quebec but as I understand it, they're not looking at Montreal. They're looking at elsewhere first and the epidemiology is different in different parts of Quebec as well."

Ontario has said schools will stay closed until at least the end of May and Premier Doug Ford has been adamant that re-opening depends on getting the spread of the virus under firm control.

On Wednesday, Ontario reported 347 new COVID-19 cases, and 45 more deaths, bringing the province to a total of 15,728 cases. That was a 2.3 per cent increase over the previous day, the lowest growth rate in weeks.

"Provinces have the responsibility of ensuring the safety of their citizens while they look at re-opening and we are comfortable that these guidelines lay out a road map that everyone can follow, the principles that will allow them to put in the measures that will keep their citizens safe while looking at re-opening various parts of the economy, carefully," Trudeau said.

Trudeau was speaking ahead of a session of the House of Commons intended to give rapid approval to legislation authorizing $9 billion in promised financial assistance for students facing bleak summer job prospects in the midst of the COVID-19 pandemic.

As part of the aid package, Trudeau said the federal government plans to provide between $1,000 and $5,000 for students who volunteer to help deal with the COVID-19 pandemic.

The House has been adjourned since mid-March, except for three single-day sittings to pass emergency aid legislation.

It met Wednesday with a skeleton crew of MPs in the chamber in the first of what is to be a once-a-week, in-person sitting, supplemented by one and eventually two virtual sittings each week, all intended to allow opposition MPs to continue to hold the Liberal government to account as the pandemic drags on.

Trudeau also spoke Wednesday with Ursula von der Leyen, president of the European Commission and they stressed the need to co-operate internationally to battle COVID-19.

Trudeau's office said he "welcomed the European Union's leadership in hosting an international pledging effort as of May 4th to promote co-operation on urgent efforts to develop effective COVID-19 diagnostics, therapies, and vaccines."

— with files from Canadian Press reporters across Canada.