P.E.I. to remain closed to non-residents as COVID-19 restrictions eased 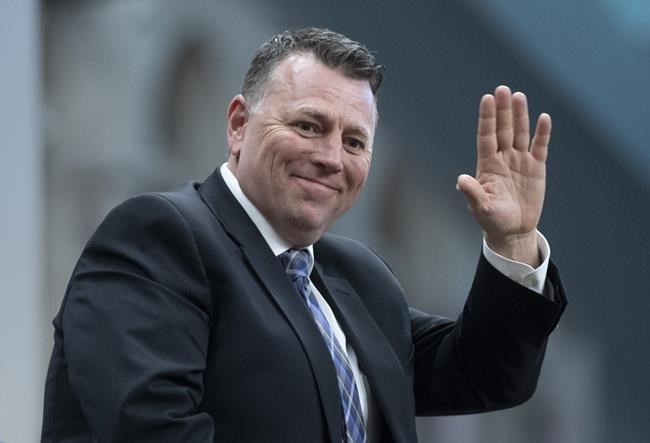 CHARLOTTETOWN — Every summer, Cavendish, P.E.I. transforms from a sleepy seaside village of just 300 residents into a resort area teeming with thousands of tourists trying to connect with the red shores and shining waters described in Anne of Green Gables.

But this summer, hotels and beaches will remain quiet and empty, thanks to the province's COVID-19 restrictions — a scene Dan James, owner of Kindred Spirits Inn and Cottages, says will be unfamiliar and eerie.

"Having grown up there and having lived year-round there for a lot of my life, come the middle of September it becomes a ghost town, so it's going to be really strange to have that ghost-town feeling in the middle of June."

James says he has cancelled any plans to see customers in May and June because of the pandemic, as 97 per cent of his business comes from visitors who now cannot travel to the Island.

"We are looking at significant losses of bookings. They just stopped at the end of February and the cancellations have piled up since then," he said.

"We've lost a significant portion of our business."

Prince Edward Island will remain closed to non-residents for the foreseeable future as it begins easing COVID-19 restrictions — a measure that is protecting P.E.I. residents but blocking one of the province's biggest industries.

P.E.I. Premier Dennis King has announced a four-phase plan that will start with limited expansions of freedoms and build up to restaurants and many other businesses and services reopening by mid-June.

Phase 1 of the plan begins Friday, allowing some elective surgeries and health screenings to resume as well as gatherings of up to five people outside at two-metre distances. Recreational activities like golf and fishing can also resume.

That P.E.I. is an island with only three entry points has helped to keep the virus contained to only 27 cases, no hospitalizations, no deaths and no community spread of the disease, King said.

But keeping the province's boundaries closed to protect Islanders' health means keeping out the more than 1.5 million tourists who visit the island every year.

King says this will have major impacts on many businesses and workers and province's economy as a whole.

In 2019, tourist spending generated approximately $505 million for the provincial economy.

"Tourism is one of our three big sectors in terms of driving the economy, so the economic impact of this will be felt long past when the virus is in the rear-view mirror," King said in an interview with The Canadian Press Wednesday.

"For now our job is to try to keep people safe and healthy and to try to work with people in the industries, such as tourism, to devise a plan to get back on the road to some kind of normal, knowing very well that's going to be a difficult road."

P.E.I.'s plans are unique in that they call for the province to continue to keep its provincial borders closed to any non-residents, allowing only health-care providers and essential workers, such as truck drivers delivering goods, to cross the Confederation Bridge.

The province implemented screening measures at all three points of entry in late March, and has been turning away anyone who isn't a full-time resident, including people who own summer cottages in P.E.I. Any residents who have travelled within Canada or internationally are ordered to self-isolate for 14 days upon returning. Provincial officials have been making regular phone calls to check up on the 2,087 people currently in quarantine to ensure they follow the rules.

The province's chief health officer, Dr. Heather Morrison, said Wednesday these screening measures are examples of how Prince Edward Island's plans to reopen its economy will look different from plans that may be implemented in other provinces.

"One of our biggest risks is the importation of the virus, so the plan for easing up restrictions here is fairly uniquely based on the fact we can control our points of entry," she said.

"That will be really important — making sure those restrictions stay in place as we go forward."

King says he recognizes this means the damage to the tourism sector will deepen, which will require a "significant amount of government investment."

King says he has had a good working relationship with Prime Minister Justin Trudeau, but he expressed frustration at the way some of the COVID-19 aid efforts  are being rolled out.

New federal programs that involve provincial components are being announced with little consultation, which sometimes creates discrepancies between the help that's needed and what's on offer, King said.

"I do think going forward we are going to have to see a little bit greater co-operation and really... some ingenuity as to how we figure our way through this."

During the weekly calls between Trudeau and the premiers, King says he has also raised concern about the Canada Emergency Response Benefit and the similarly designed student benefit creating a disincentive for people to work.

He would have rather seen the federal government give money to non-government organizations and businesses to allow them to hire people to help "kick-start the economy."

Given that P.E.I.'s three biggest industries — agriculture, tourism and fishing — are all seasonal, there are also concerns about how federal emergency assistance programs could impact seasonal workers who rely on employment insurance to get them through the winter months.

With no EI-insurable earnings generated in the summer, they will be in trouble.

"That's going to be another big, big problem for us heading into the winter and what could be the second wave of COVID," King said.

Meanwhile in Cavendish, James says he is in favour of P.E.I.'s plans to keep its borders closed, even though it is hurting his business.

Not only is it good for the health and safety of Islanders, but it sustains P.E.I.'s reputation as a pristine sanctuary.

"We have a number of guests from New York City, for instance, who are emailing us saying, 'I will do anything to come up there right now. P.E.I. is my safe place,'" James said.

"It's just reinforcing the brand that we're safe, that we have such a low rate of infection."