HALIFAX — For Canadians awaiting life-changing operations, the novel coronavirus is creating deepening distress as cancellations and delays roll through the public health system.
Mar 25, 2020 4:00 AM By: Canadian Press 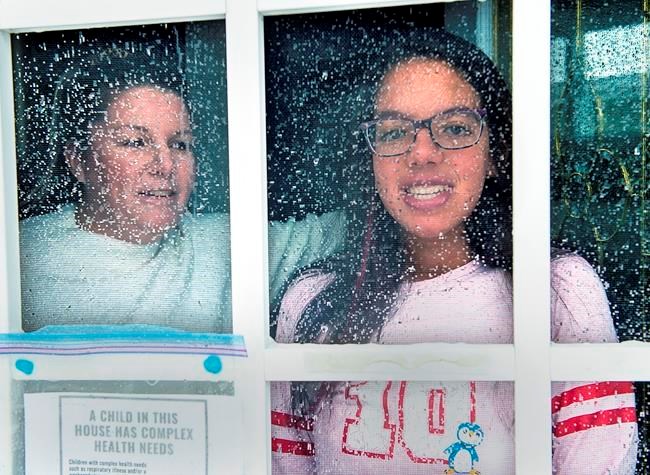 HALIFAX — For Canadians awaiting life-changing operations, the novel coronavirus is creating deepening distress as cancellations and delays roll through the public health system.

Fifteen-year-old Tahlia Ali is among the patients whose organ transplant procedures are put off at the country's largest transplant centre in Toronto.

Her mother, Lisa Ali, says it leads to dual worries, as her daughter must remain strictly isolated in their Halifax home to avoid COVID-19, and the family awaits word on when Tahlia can enter the program run by the Hospital for Sick Children and University Health Network.

She heard recently from the Ronald McDonald House that their upcoming accommodation was delayed, and the family then learned the date for Tahlia entering the transplant program "is on hold," with plans to check back at the end of this month.

Tahlia has been diagnosed with pulmonary hypertension, which leads to a lack of oxygen to blood vessels in the lungs, and she has two holes in her heart.

The University Health Network has said lung transplants are suspended except in cases of critical deterioration, however the Alis still expect to eventually go to Toronto to wait for the teenager's new lungs, and are fundraising to help pay housing and travel costs.

"It's the best choice to stay here (in Halifax) no doubt. But it's the uncertainty of everything .... It's hard to wrap your head around it," the mother said in a telephone interview.

"She needs a transplant. Eventually she will need this."

Tahlia said in an interview that it's "a bit stressful, but I'm doing OK."

"It's important because my lungs aren't managing as well as (doctors) wanted them to ... I had hoped it would give me more energy to do more activities."

Dr. Shaf Keshavjee, the director of the lung transplant program, said the suspension of the program is necessary because tests to ensure a donor lung doesn't contain the virus are still being refined, and because having transplant teams fly around Canada to pick up and transport lungs would increase the risk of widening the pandemic.

He said the lung transplant team also includes members of the hospital's artificial lung support team, and it is crucial they remain healthy as pressure on the health system builds.

"We're going to keep an eye on every patient on the list, and if they are deteriorating, we may be able to go for a specific lung in a specific location if we feel we can pull it off safely," Keshavjee said.

Similar stories are emerging affecting people with a variety of conditions, from delays in cancer tests to cancelled joint surgeries.

Robin McGee, the author of "The Cancer Olympics" and a cancer patient advocate, learned last week she needs further tests to determine if there's a recurrence of her colorectal cancer.

The 59-year-old psychologist says it has been a struggle to reach doctors in Nova Scotia to arrange for medical procedures needed ahead of potential cancer treatments. She attributes the unusual delays to a system overloaded by pandemic preparations.

The resident of Port Williams, N.S., is seeking a new port-a-cath, a device that is implanted surgically to deliver chemotherapy.

After five days of calling without a response, she was contacted by her surgeon Monday to indicate he was aware of her request.

"My anxiety level went down," she said, adding that it was good to know "they see me, and I'm not shouting into the void when I'm leaving all these messages."

She says patients realize the system is facing a health crisis, and "our hearts are there for our health-care professionals."

Still, she says new cancer patients need to have rapid contact with health-care professionals to reassure them their case is underway. "To not know if you can even reach a doctor is terrifying," she said.

Carla Adams, a spokeswoman for Nova Scotia Health Authority, said the system is dedicated to providing cancer care "to the greatest extent possible" during the COVID-19 pandemic, and "the pandemic is not impeding our ability to communicate with patients."

Hospitals are attempting to minimize the number of patients coming to the city's hospitals, and some patients are receiving calls to set up telephone or video appointments, she said.

"There may be delays for many patients needing cancer surgery," she acknowledged. "A committee of expert cancer surgeons will make prioritizing decisions, considering all aspects of the surgery involved."

Across Canada, there are also people whose joint surgeries are being delayed, prolonging pain and enforced inactivity.

Lynn Hunter, a former British Columbia MP, said in an interview she just learned a scheduled hip surgery was put on hold. She is stoic about the disappointing news.

"I'm not in severe pain. I'm in discomfort. It's bearable what I'm going through," she said.

"There are other people who are in worse shape, and I count myself among the fortunate."

Family physician Dr. Ajantha Jayabarathan says provincial health authorities and doctors themselves will have to rapidly innovate in their methods of treating patients, and embrace a shift to telemedicine.

The Halifax doctor said she asks patients to telephone in advance of coming to the clinic, and has sent out notice there are no walk-in X-rays or routine tests.

The veteran of family health also says she's attempting to come up with alternative methods to manage chronic conditions like diabetes, suggesting patients go on a continuous glucose monitoring system rather than making frequent trips to her office.

Still, for patients like Tahlia Ali, the stark reality is a treatment that could radically change the quality of her life is on hold.

Keshavjee said his team intends to catch up with lung transplants once it is safe again.

"We're making tough decisions to save as many lives as possible," he said.

This report by The Canadian Press was first published March 25, 2020.