Many who knew N.S. gunman struggle to come to terms with killing spree

PORTAPIQUE, N.S. — Neighbours and schoolmates of the man responsible for a killing rampage that left at least 19 people dead in northern Nova Scotia were attempting Monday to come to terms with the tragedy.
Apr 20, 2020 9:40 PM By: Canadian Press 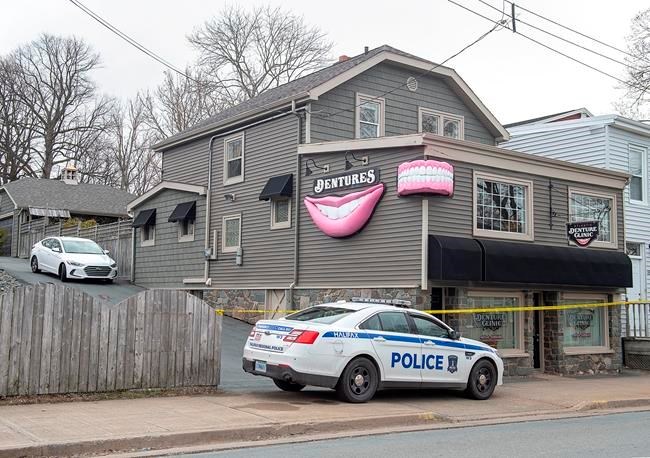 PORTAPIQUE, N.S. — Neighbours and schoolmates of the man responsible for a killing rampage that left at least 19 people dead in northern Nova Scotia were attempting Monday to come to terms with the tragedy.

Before Sunday, 51-year-old Gabriel Wortman was known as an affable denturist who had a practice in Halifax and owned a sprawling log-home overlooking Cobequid Bay in Portapique, N.S.

"He was very jovial," neighbour Nancy Hudson said in an interview just outside her house in Portapique. "But there is another side to Gabe. He had some issues, especially with his girlfriend."

Hudson said she and her husband John used to socialize with him and his friends on Portapique Beach Road, but she hadn't seen her neighbour in about a year.

"There was some underlying issues that I think he had with his relationship. It was a red flag .... (What happened on the weekend) wasn't a surprise to some degree, but not to this extreme."

She said he started renovating the log home around 2002 and built additions aimed at making the home a showpiece.

"He made it more of his home in the last couple of years," she said, adding that he enjoyed showing off his property. "He was semi-retired ... and the guy was very proud of his work."

When not in Portapique he lived at his clinic's Portland Street location in Dartmouth — a well-kept building, adorned with a three-dimensional smile and a large set of dentures on the corner.

Neighbour Lillian MacCormack said Wortman was a friendly neighbour as well as a talented mechanic and carpenter.

"Very, very shocked to think that someone we've known for so long, a good neighbour, a helpful neighbour, very kind, would ever think of doing such a tragedy," MacCormack told CTV News.

On social media, people remembered Wortman when they were teenagers attending school in Riverview, N.B.

"In high school he was a very nice guy and would help any way he could," wrote Scott Balser. "We never know what others go though in life that makes them make certain decisions."

The 1986 grad book for Riverview High included an entry noting he could be seen cruising around on one wheel of his Honda motorcycle. It stated: "Gabe's future may include being an RCMP officer."

RCMP say for much of his rampage the killer was driving a mock police cruiser that looked almost identical to the real thing and was wearing what looked like an authentic RCMP uniform. He died after being intercepted by police Sunday in Enfield, N.S.

Neighbours reported seeing two former RCMP cars in Wortman's yard in Dartmouth, across the harbour from Halifax. One of the Ford Taurus police interceptors could still be seen there Monday.

Portapique resident Lucille Adams said the shooter invited her for a tour of his log house a couple years ago and he seemed "very pleasant."

— By Kevin Bissett in Fredericton, with files from Michael MacDonald in Portapique, N.S., and Andrew Vaughan in Halifax.