WINNIPEG — The leader of the Manitoba Liberal Party has written to the prime minister to ask for a debt relief program for individuals and governments across Canada — a request that one economist says is a bad idea and a recipe for steep inflation.
Mar 2, 2020 5:13 PM By: Canadian Press 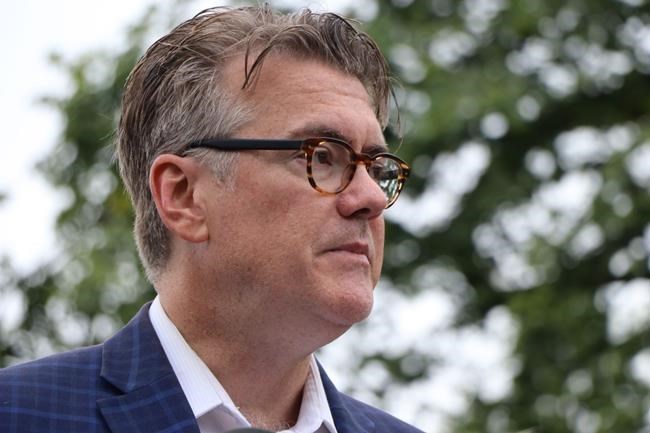 WINNIPEG — The leader of the Manitoba Liberal Party has written to the prime minister to ask for a debt relief program for individuals and governments across Canada — a request that one economist says is a bad idea and a recipe for steep inflation.

In an open letter sent recently to Justin Trudeau, Dougald Lamont calls for mass debt forgiveness across the country.

"The federal government must have the Bank of Canada guarantee or assume the debt faced by provincial governments, provincial hydro utilities and, most important, individual Canadians," Lamont wrote.

Debt forgiveness would "provide a clean economic slate that millions of Canadians so desperately need," he added.

Lamont, in an interview Monday, said there are precedents for such a move, although not quite as broad. He pointed to a debt forgiveness plan for Prairie farmers during the Great Depression and to bank bailouts around the world during the 2008 financial crisis.

In Canada, the aid was in the form of loans which were repaid with interest and the government's purchase of insured mortgage-backed securities from the banks.

Lamont did not provide a price tag for his suggestion, but said there is more than $2 trillion in individual debt held by Canadians, mostly in mortgages. That figure does not include debt held by provinces, which would include $350 billion in Ontario alone.

Lamont said the idea would be to let people, especially low-income earners, have enough of their debt forgiven so that they were no longer in danger of bankruptcy.

"You're not talking about necessarily saying, 'Well, you don't have any debt at all.' But sometimes it's about letting people negotiate their debt down to a point where they can afford to pay it."

A retired economics professor at Carleton University said the idea would likely lead to a dramatic rise in inflation.

"The only thing the Bank of Canada can really do, when it comes right down to it, is print money," said Nick Rowe, who specializes in macro-economics.

"If you wanted a way for the Bank of Canada to create a hell of a lot of inflation, this would do it."

A universal program of debt forgiveness would primarily benefit richer people with access to credit — people to whom the banks have been willing to lend, Rowe added.

"If you really wanted to print money and throw it around, at least throw it out fairly. Give everyone the same amount or something, not just according to whether they borrowed or lent risky loans. It's a very bad idea."

Lamont said he would like to see debt forgiveness targeted to individuals who need it. Details would have to be worked out.

He also countered the idea that his plan would lead to spiralling inflation. Forgiving provincial government debts would ease the financial strain facing government-run energy utilities such as Manitoba Hydro, and that would keep consumer rates down, he suggested.

Lamont has not yet received a response from the prime minister.

The Manitoba Liberals hold three seats in the 57-seat legislature.

This report by The Canadian Press was first published March 2, 2020