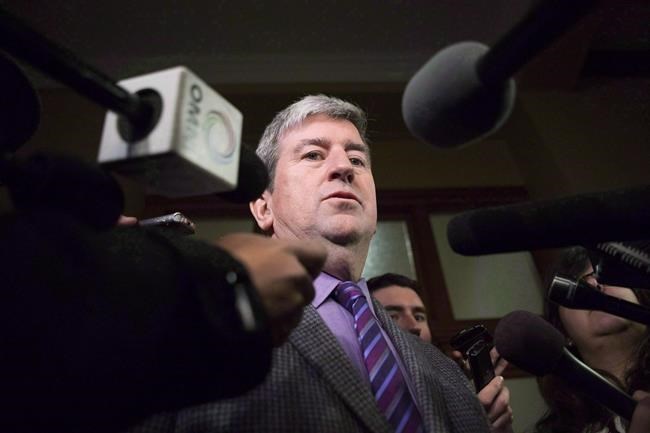 WINNIPEG — A former Winnipeg mayor and Ontario Liberal cabinet minister is joining the leadership race for the federal Green party.

Glen Murray says his experience in a provincial government that shut down coal plants and introduced a cap-and-trade system for greenhouse gas emissions makes him a natural fit.

"When I looked at all the work I was doing ... I always felt the Greens were out there doing the same kind of politics, in a different kind of way, but with the same objectives," Murray said Wednesday.

After an unsuccessful run for federal politics, Murray was appointed chairman of the National Round Table on the Environment and the Economy, a federal advisory group. He was elected to the Ontario legislature in 2009 and served in cabinet portfolios that included research and innovation, transportation, and environment and climate change.

Being able to build coalitions and score electoral success is an attribute he said he can bring to the Green party.

"I think I bring fundraising. I bring a lot of political organizational experience. I bring some ability and knowledge on how to get elected, even when you're not the guy or gal that most people think is going to win."

The Greens are to choose a successor to Elizabeth May on Oct. 4 in Charlottetown. May stepped down last fall after the party won three seats in the federal election but failed to make the breakthrough it had anticipated.

Other leadership contestants so far include lawyers Annamie Paul and David Merner, as well as Amita Kuttner, who studied astrophysics and is a co-founder of a non-profit group working to bring equity and justice to all.

Murray said if he is elected leader, he would focus more on cap-and-trade and less on carbon taxes as a way to reduce emissions.

"When you set up a cap-and-trade system you set a cap ... and that gives you certainty about a reduction," he said.

"If you have a carbon tax, you don't have a guaranteed reduction. The effectiveness of a carbon tax depends on how high it is."