OTTAWA — The federal government has increased border-screening measures for travellers arriving in Canada from Iran in light of the growing number of novel coronavirus cases linked to that country.
Mar 2, 2020 4:43 PM By: Canadian Press 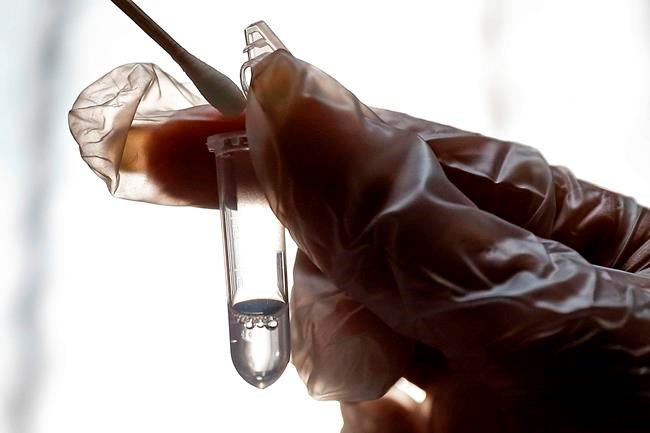 OTTAWA — The federal government has increased border-screening measures for travellers arriving in Canada from Iran in light of the growing number of novel coronavirus cases linked to that country.

Several of Canada's most recent 27 confirmed cases of the new coronavirus, which can cause a respiratory disease known as COVID-19, have been linked to travel to Iran or close contact with people who've recently returned from that country.

Anyone who returns to Canada from Iran will be asked to contact their local public health authority within 24 hours and to self-isolate at home for 14 days — the incubation period of the virus.

The move marks a change in the Public Health Agency of Canada's approach to the outbreak, as Chief Public Health Officer Dr. Theresa Tam has repeatedly said that as the number of affected countries increases, border measures typically become less feasible and effective.

"(Iran) is a country with rapidly escalating cases with local transmission," Tam said Monday. "The rapid escalation in cases together with the actual exportation to Canada was a key aspect of that decision."

Symptomatic passengers will be asked to fill out a form with their contact information so that public health officials can follow up with them. If travellers have symptoms, such as a fever or dry cough, they will be assessed at the airport.

Global Affairs has also updated its travel advisory to urge Canadians to avoid all non-essential travel to Iran.

Iran has confirmed 1,501 cases of the virus and 66 deaths. Many believe the true number is larger, as the country's caseload surged more than 250 per cent in just 24 hours.

Canada has also increased its advisory level for northern Italy, and some regions of South Korea, due to the virus.

Canada is not at this time considering banning travel to certain regions altogether, Tam said.

"Viruses know no borders. We have to balance our public health measures knowing they're never completely perfect," she said.

Some of the COVID-19 cases in Canada, including the first case linked to Iran, were detected before any cases were confirmed in their country of origin. That is a cause of concern, Tam said.

She said all international travellers, including those crossing land borders from the United States, have been asked to monitor themselves for symptoms regardless of where they have been and report to their local public health authority if they have concerns.

She also advised anyone planning a large gathering, such as Nowruz, the Persian New Year, to consult with their local public health authority and be prepared to adjust their plans.