MONTREAL — Quebec Premier Francois Legault said this week there are "two worlds" in the province: the world of facilities providing long-term care to seniors, and the rest.
Apr 29, 2020 1:07 PM By: Canadian Press 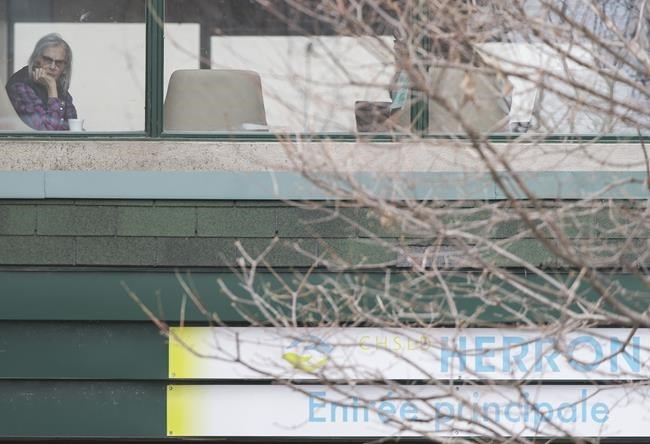 MONTREAL — Quebec Premier Francois Legault said this week there are "two worlds" in the province: the world of facilities providing long-term care to seniors, and the rest.

In one of those worlds, schools, stores and factories are preparing to reopen, albeit with restrictions, and sunny spring days have some people musing about the return of fishing, camping and gyms if COVID-19 cases stay under control.

But the situation is very different in the province's long-term care homes, where dozens of residents die every day and overburdened workers toil in conditions one union leader likens to a war zone.

Hailey Doane, a nurse who was transferred from her usual workplace in a hospital to a long-term care home in west-end Montreal, says stopping the spread of the virus remains a challenge in the homes, despite the creation of "hot" and "cold" zones.

"They are in private rooms, but sometimes in the middle of a hallway where there are a lot of COVID patients, there are a couple that have tested negative," she said in a phone interview. While residents are supposed to stay in their rooms, some get confused and wander.

Maintaining a normal routine of feeding, care and medication for the residents can also take longer when some workers simply don't show up and others are new, she said.

On one bad day, she checked in for a report only to learn that three patients had died. Two orderlies cried as workers in full protective gear removed the bodies.

The spread of the virus through the facility despite best efforts to contain it has some staff wondering if they're the source. "We're starting to question, 'Is it us?'" Doane said. "Are we just asymptomatic? They're not proactively testing us."

Sandrine Valence-Lanoue, 22, vividly remembers the night she was told that she — a birthing nurse with 10 months of experience  — would be the only nurse on duty for three floors of the long-term care home to which she had been transferred, looking after 100 residents in all.

In a Facebook post, she described the chaos of rushing from one resident to another, holding back tears as she tried to keep them changed and medicated as her phone rang with employees needing her help. Two patients fell, while others struggled to breathe.

"We panic, we don't really know what to do except administer their medication and oxygen, which prove to be ineffective," she wrote.

In an interview, she said that while staffing numbers have since improved, she believes many employees will need psychological help to overcome the anxiety and trauma they've experienced.

"We have few resources, and it's time to help us before we too fall in 'combat,'" she said in a written interview.

In some cases, he says an attendant who would generally care for seven residents is left with 20, leaving no time for basic care such as bathing or moving patients to avoid bed sores.

He said that while the government has largely addressed shortages of masks, gowns and gloves, distribution problems remain. Some managers are reluctant to give workers more than two masks per shift, even if theirs get dirty or wet, he says.

The system appears to be running a few steps behind the virus, which can creep in and infect almost a whole ward by the time a patient can be tested and isolated. And just as some locations get outbreaks under control, new ones pop up elsewhere, Deschamps said.

In the meantime, doctors and nurses reassigned from hospitals and specialty practices have helped fill the gap, as have Canadian Armed Forces personnel such as Pte. Jessy Collison, who has swapped fatigues for scrubs in response to Legault's request for help.

The 26-year-old military medical technician has being working 12-hour shifts at the Manoir Verdun, where he assists in changing, dressing, and feeding patients, as well as helping with personal care such as shaving and brushing teeth.

While his army training taught him to respond to acute injuries rather than long-term care, he insists he's happy to help the patient attendants, for whom he expresses respect.

"You see on the news that they're always understaffed and things like that, but when you get there, they're still laughing and joking with the residents," said Collison, who took a geriatrics crash course to prepare him for his role.