OTTAWA — Rob Przybylski and Courtney Ross were slated to wrap up the month on a Costa Rican beach, sipping sugarcane cocktails with friends and family as they celebrated their wedding. Instead, the Oshawa, Ont.
Nov 6, 2020 4:25 PM By: Canadian Press 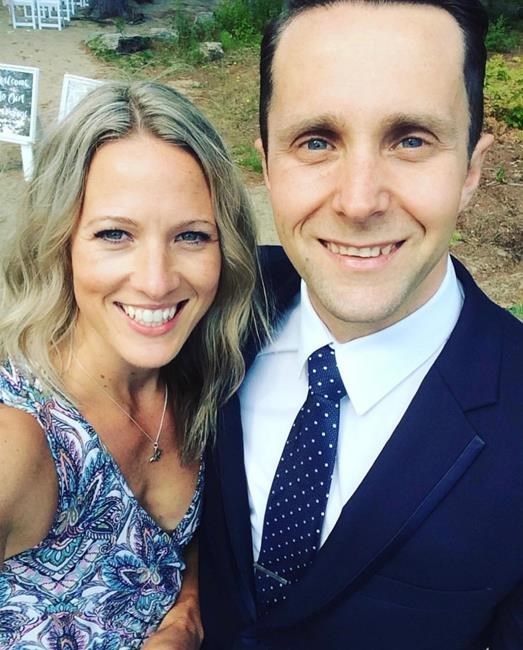 OTTAWA — Rob Przybylski and Courtney Ross were slated to wrap up the month on a Costa Rican beach, sipping sugarcane cocktails with friends and family as they celebrated their wedding.

Instead, the Oshawa, Ont., duo say they and their 84 guests are out more than $216,000 after their Sunwing Airlines vacation package was cancelled due to the COVID-19 pandemic.

“They have basically told us that refunds are not an option,” said Przybylski, 35.

Like most Canadian airlines, Sunwing does not reimburse passengers for flights cancelled by the airline, instead offering travel vouchers valid for two years.

The couple’s original booking in April had been called off by the carrier as the virus shut down global air travel. Their destination, a Planet Hollywood resort on the Pacific Ocean, offered a refund, but Sunwing did not, he said. So they rebooked the nuptial getaway for Nov. 27.

“We have 80 people that are out money, and a lot of them aren’t working now,” including his fiancée for much of this year, Przybylski said.

“My mom is the perfect example. She hasn’t travelled in 30 years. What is she going to do with a credit?”

Despite minuscule travel demand, Canadian airlines continue to schedule tens of thousands of flights per month, only to cancel the vast majority of them several weeks before takeoff.

The approach can leave passengers with a drastically changed itinerary or no flight at all, giving them little choice but to accept vouchers they may never use.

Air Canada cut more than 27,000 flights, or 70 per cent, from its November schedule between Sept. 25 and Oct. 9, according to figures from aviation data firm Cirium. It cut another 2,000 by the end of October.

WestJet Airlines, which recently began to offer refunds for cancelled flights, in contrast to its competitors, slashed its November schedule by about 12,400 flights, or 68 per cent, in one week last month. Air Transat scrapped 63 per cent of its flights for November in the same week, leaving it with 123 — down to 100 as of last week.

The strategy is a response to a shift in customer behaviour, an attempt to woo wary travellers with ample flight options before drastically undersold seats prompt a scheduling cull.

“The industry cross their fingers and hope people buy, that they all of a sudden get this insane urge to fly,” Gradek said, calling the practice “deceptive.”

“'Cynical' is probably too light of a word,” he said. “It borders on the edge of misleading advertising, that you’re promoting and offering for sale stuff that you know there’s a high probability will not be what you’re actually offering to the customer.”

Carriers deny there is anything untoward about recent schedule gutting.

"Airline schedules have always been subject to change," Air Canada spokesman Peter Fitzpatrick said in an email, noting the company has had to cut capacity by more than 90 per cent since March.

"In ordinary circumstances we would absorb temporary downturns in demand," said WestJet spokeswoman Morgan Bell. But plummeting business has compelled "difficult decisions which include adjusting the schedule more frequently than normal."

Bell said WestJet retains a robust schedule until the last minute to accommodate potential spikes in demand, such as the one after last month's announcement that international travellers arriving at the Calgary airport can now forgo the mandated 14-day quarantine if they take a COVID-19 test.

Sunwing did not respond to questions Friday.

“I encourage the airlines to repay passengers if they can. At the same time, some of those airlines are in deep difficulty in terms of their own ability to continue to function if they were having to provide refunds to all of the customers.”

Air Canada held on to more than $2.4 billion in advance ticket sales as of July 31, a hefty sum to return after its revenues dropped 95 per cent year over year in its second quarter.

Travellers have a right to reimbursement for a service that was paid for but never rendered, regardless of airlines’ financial woes, say opposition MPs and consumer advocates.

The Conservatives, NDP and Bloc Québécois have demanded refund requirements as a condition of any aid package to the industry.

Bloc Leader Yves-François Blanchet said Friday the government is "behaving like a branch of Air Canada."

“The minister of transport for seven months, since the beginning of the crisis, has essentially shrugged his shoulders any time the need for passenger reimbursement has come up," NDP transport critic Niki Ashton said in an interview.

The Canadian Transportation Agency said in March that airlines can issue travel credit instead of refunds for cancelled trips in the “current context,” though the agency later clarified that the online statement was “not a binding decision” and that reimbursements depend in part on the contract between airline and passenger.

European and U.S. authorities have demanded airlines reimburse travellers, on top of the strings attached to aid that range from limiting dividends and executive bonuses to cutting carbon emissions and carving out ownership stakes for government.

Back in Oshawa, far from the sands of a Costa Rican resort, Rob Przybylski took stock.

"I know I’m not the only one in this situation. The biggest thing for me is to get my money back for my guests."

This report by The Canadian Press was first published Nov. 6, 2020.