TSX moves up as Mideast blast lifts commodities, markets catch up after holiday

TORONTO — The main stock index in Toronto closed higher on Tuesday as commodities rose on fears of potential conflict in the Middle East and Canadian markets caught up with their American peers after Monday's Civic Holiday break.
Aug 4, 2020 5:45 PM By: Canadian Press 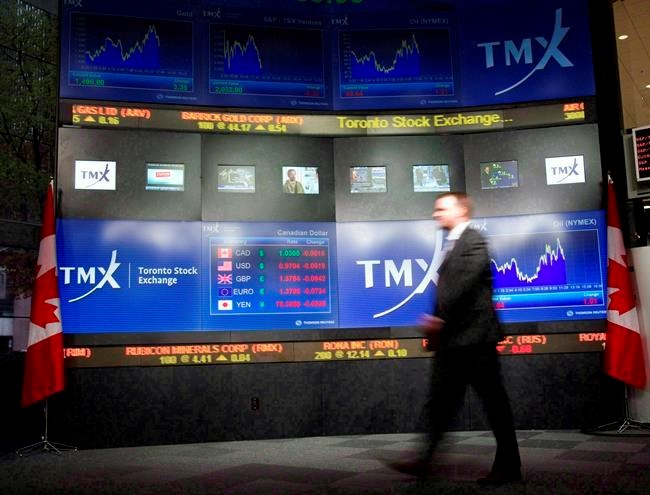 TORONTO — The main stock index in Toronto closed higher on Tuesday as commodities rose on fears of potential conflict in the Middle East and Canadian markets caught up with their American peers after Monday's Civic Holiday break.

A massive explosion rocked Beirut on Tuesday, flattening much of the port, damaging buildings across the capital and sending a giant mushroom cloud into the sky.

Lebanon's health minister said more than 60 people were killed and more than 3,000 injured in the huge explosion for which no immediate cause was known.

"It's still unclear as to the cause of that explosion but it has really turned around a number of the commodities," said Mike Archibald, vice-president and portfolio manager with AGF Investments Inc.

He pointed out gold had been trading lower but recovered, with the December gold contract closing ahead by US$34.70 at a record US$2,021.00 an ounce.

Similarly, oil prices were down early on but the September West Texas Intermediate crude contract closed at US$41.70 per barrel, up 69 cents US.

"The market is reacting as though it was a planned explosion of some sort and that's really driving the action in some of the sectors that are winning today," said Archibald.

"The energy names are having a really strong day here and then the gold names are also continuing to power higher on the back of a rising commodity."

Six of the Toronto market's 11 sectors were positive on the day, led by energy, health care and telecommunications.

The biggest losers were industrials and utilities.

The two rallied on Friday on unconfirmed reports that a pair of private equity firms were considering buying the Kansas City Southern railroad in the U.S. but drifted lower Tuesday on a lack of news, Archibald said.

Meanwhile, a slump in Alimentation Couche-Tard Inc. shares helped bring down the staples sector when it emerged that its bid for Marathon Petroleum Corp.'s gas-station business had lost out to the private equity owner of 7-Eleven.

The September copper contract was down 1.75 cents at just over US$2.89 a pound.

Markets were listless south of border as negotiations continued on a new stimulus package to help the economy recover from the COVID-19 pandemic lockdowns.

"We haven't seen any real progress on the file as of yet so I think that's part of the reason why the U.S. markets are pausing here until we get a little more clarity," said Archibald.

— By Dan Healing in Calgary

This report by The Canadian Press was first published Aug. 4, 2020.