SNC-Lavalin to restructure resources business to be profitable next year

MONTREAL — SNC-Lavalin Group Inc. is restructuring its money-losing resources business with a plan to sell off or shut down the non-profitable parts and fold the remnants into its engineering services division.
Jul 31, 2020 12:38 PM By: Canadian Press 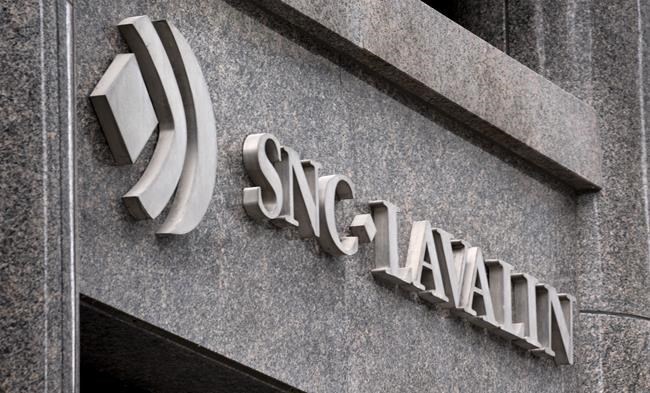 MONTREAL — SNC-Lavalin Group Inc. is restructuring its money-losing resources business with a plan to sell off or shut down the non-profitable parts and fold the remnants into its engineering services division.

The announcement Friday came alongside earnings that fell short of analysts' expectations as the engineering giant lost $111.6 million in the second quarter — compared to $2.12 billion a year earlier.

"The legacy resources projects business and associated lump-sum turnkey projects will be largely wound down and the projects complete by the end of 2020," SNC-Lavalin said in a release Friday.

The company forecasts the business will be profitable next year.

The move, which wraps up a strategic review launched by CEO Ian Edwards when he took the helm in June 2019, narrows SNC's focus on resources to the Americas and the Middle East, where the company said it has "profitable relationships with long-standing customers" in energy and mining.

The turn away from resources will reduce that segment's operations to nine countries from 30 and cut its headcount to 8,000 from 15,000 by the end of the year, with 2,000 more departures expected by 2021, SNC said.

The resources division continued to drag on profitability last quarter. Its so-called lump-sum turnkey projects — fixed-price contracts under which companies have to eat any cost overruns — accounted for 78 per cent of the company's $122 million in adjusted losses before interest and taxes.

Edwards pledged a year ago to retreat from fixed-price projects, with one resources contract completed last quarter and the vast majority of work on the four remaining ones on track for completion by the end of 2020 — "a key milestone in terms of de-risking the business," Desjardins Securities analyst Benoit Poirier said in a research note.

"Bottom line, while we acknowledge that SNC's (second-quarter) results were below expectations, we note that the miss was related to lump-sum turnkey projects which management is in the progress of exiting," Poirier said.

SNC announced the restructure as it reported a net loss of 64 cents per diluted share for the three months ended June 30, compared with a loss of $12.07 per share a year earlier. The quarterly loss includes $47.3 million of restructuring costs mainly related to the resources services transformation.

The company was expected to report six cents per share in adjusted profits on $2 billion of revenues, according to financial markets data firm Refinitiv.

"SNC’s challenges have escalated on the back of COVID," said Laurentian Bank Securities analyst Mona Nazir in a research note.

Edwards cited the economic downturn prompted by the pandemic — which halted construction and resources projects around the globe — as well as a downturn in oil prices as evidence that its pivot toward core engineering services was the right move.

Companies in this story: (TSX:SNC)