TORONTO — Five things to watch for in the Canadian business world in the coming week: Tilray earnings Cannabis company Tilray Inc. will hold a conference call to discuss its fourth-quarter and full-year results on Monday.
Mar 1, 2020 10:23 AM By: Canadian Press 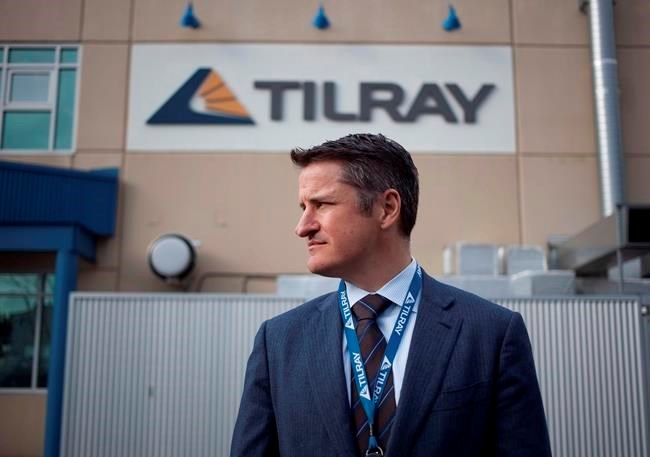 TORONTO — Five things to watch for in the Canadian business world in the coming week:

Cannabis company Tilray Inc. will hold a conference call to discuss its fourth-quarter and full-year results on Monday. The pot producer announced last month it was laying off 10 per cent of its workforce, a move it said would make it more likely to meet the needs of the industry and foster growth in 2020 and beyond.

The Bank of Canada will announce its decision for the overnight rate target on Wednesday. Economists believe the central bank may announce a rate cut in order to deal with a range of economic headwinds including the novel coronavirus, global trade tensions and ongoing rail blockades related to oil and gas projects.

Statistics Canada will release its labour force survey for February on Friday. The agency reported earlier this month that the Canadian economy added 34,500 jobs in January, fuelled by gains in the manufacturing, construction and agriculture industries. The unemployment rate fell to 5.5 per cent compared with 5.6 per cent in December.

Recipe Unlimited Corp. will hold a conference call with analysts to discuss its fourth-quarter and year-end results on Friday. The company behind Swiss Chalet, St. Hubert and the Keg plunged to a record low of $20.01 in November after it reported "disappointing'' Q3 results. Since then, shares have sunk even further to $16.10.

Finance Minister Bill Morneau is scheduled to deliver a speech on the state of the Canadian economy on Friday in Toronto. Statistics Canada reported on Friday that economic growth in the country slowed over the last three months of 2019 for its worst quarter in three years, limping into 2020 and facing headwinds from trade uncertainty and the novel coronavirus outbreak.

This report by The Canadian Press was first published Mar. 1, 2020.

Note to readers: This is a corrected story. An earlier version mistakenly said Tilray Inc. announced layoffs earlier this month.