Bombardier to recall 11,000 workers as Quebec prepares to reopen economy 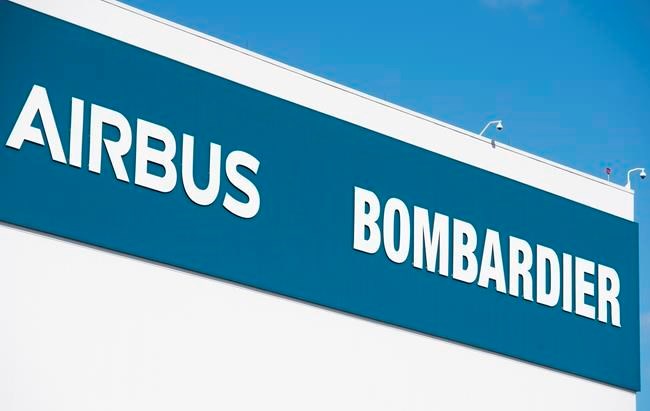 MONTREAL — Bombardier Inc. says 11,000 furloughed employees will return to work across Canada over the next few weeks, primarily in Quebec where some 450,000 residents are expected to go back on the job as the province prepares to restart its economy.

The plane-and-train maker said Tuesday it will resume production in Quebec as of May 11, the day set by the provincial government for factories to unlock their doors.

The economic restart will come as welcome news to a company grappling with share-price lows, credit downgrades and a US$9.3-billion debt.

Bombardier shuttered operations and sent 12,400 employees on unpaid leave on March 24 as non-essential work ground to a halt across the country.

By the end of May, it expects 9,000 in Quebec and 2,000 in Ontario to be back on the assembly line, a spokesman said Tuesday. Return dates for the remaining 1,400 workers "will be communicated at a later moment, when we have greater visibility on COVID impact."

Employees whose physical presence is not required at plants or service sites will continue to work from home, the company said.

Legault said the province will keep close tabs on the number of COVID-19 cases and the ability of hospitals to respond.

On Monday, he announced elementary schools and daycares across Quebec will reopen by May 19.

Ontario, on the other hand, has given no dates or schedule for lifting COVID restrictions, other than that schools will stay closed until at least the end of May. Premier Doug Ford has been adamant that reopening depends on getting the virus under firm control.

Roughly 3,000 employees work at Bombardier’s private jet assembly plant in Toronto while others work at its railway operations in Thunder Bay and Kingston, Ont.

"Gradual return-to-work schedules will vary per site," spokesman Olivier Marcil said in an email, stressing that Quebec operations will start to ramp up in less than two weeks. "Recalls have already started for some sites or for essential activities."

In Thunder Bay, the payroll dropped to about 420 workers from 1,100 last summer after major contracts — for Toronto Transit Commission streetcars and Metrolinx GO Transit rail cars — wound down. The plant turned the lights back on this week to help produce 18,000 ventilators for the Ontario government.

The machinists' union representing Bombardier said visits to a pair of facilities in the Montreal area last week "revealed a clear improvement in the application of physical distancing measures required by Quebec."

The affected factories in the Montreal area sit in Mirabel, Saint-Laurent, Dorval and Pointe-Claire, and east of Quebec City in La Pocatiere.

Eric Martel, who took over as CEO from Alain Bellemare earlier this month, continues to confront sobering questions about the future of a debt-laden Quebec institution that has become a penny stock with junk-status credit ratings as it slims down to a single revenue stream — private planes — just as the economy plunges into a downturn.

National Bank analyst Cameron Doerksen pointed to weakening demand for business jets, further trimming his Bombardier forecast to 123 deliveries from 145 this year and to 108 deliveries from 120 in 2021.

"Cash remains tight," he said in a research note last week. When the crisis kicked off, Bombardier had about US$3.1 billion in cash on hand, including roughly US$500 million from the sale of its remaining stake in the A220 commercial jetliner program — formerly known as the C Series — and on top of US$1.3 billion in available credit.

As of last week, Bombardier's aerostructures plant in Belfast, Northern Ireland, was slated to reopen on May 4, a spokeswoman said. Its factory in Cespin, France, that specializes in rolling stock remains shuttered indefinitely.

Companies in this story: (TSX:BBD.B)