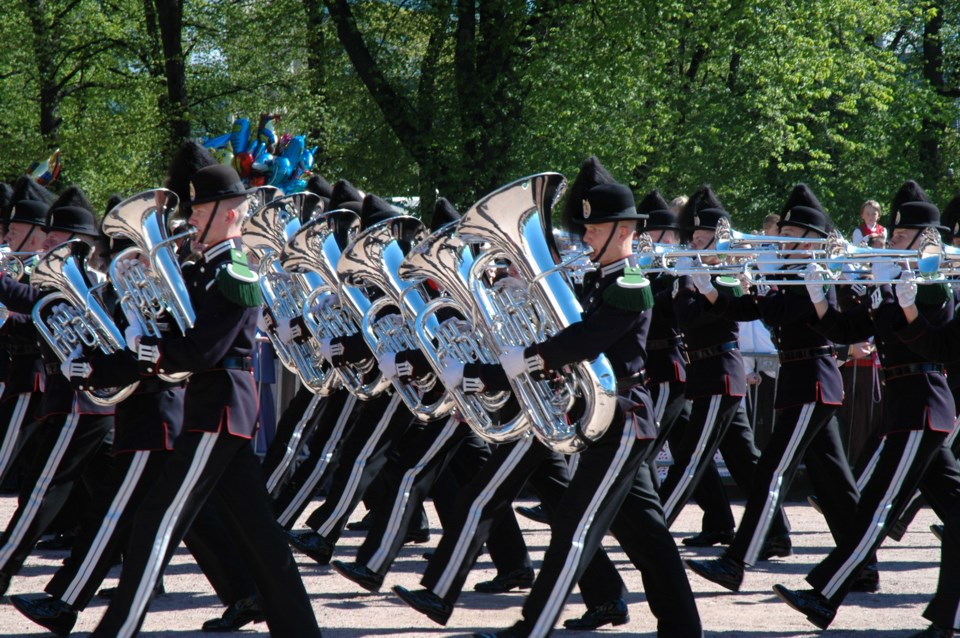 NEWS RELEASE
TOWNSHIP OF JOHNSON
*************************
DESBARATS - Summer is on with a vengeance and the Township of Johnson is preparing  for the 47th annual Desbarats Community Night, which will kick off from the old Johnson Tarbutt Public School grounds on Saturday, July 13 at 7 p.m. with the annual parade, this year featuring perennial favourites the Sault Ste. Marie Pipe Band as well as the Blue Saints Drum Corps from Sudbury.

The parade will finish at the Johnson Township Community Centre (JTCC) where the bands will give a concert by the JTCC Pavilion. The theme for this year’s parade is “Superheroes”.

The Erling Lagerholm Memorial Prize for best Theme Floats will continue this year, with a Grand Prize of $150 and second prize will be $75.

There are also $50 prize moneys to be won for other various themed floats, including Commercial, Adult and Youth Organization, Comical, Summer Resident, Private Decorated Car or Truck, Farm Float, Community Groups, Antique Vehicle and Tractor, and Horse and Rider, as well as $20 prizes for Best Decorated Bicycle, Tricycle, Wagon/Doll Carriage/Wheel Barrow/Cart and 3&4 Wheelers.

Walkers are eligible for cash prizes for Best Costumes and all children participating in the parade will receive a tooney and a goodie bag. Floats need to be in place by 6 p.m. for judging.

The Honorary Parade Marshall is the township’s Senior of the Year 2019, this year awarded to Pat McKinnon, a continuing and longtime volunteer with the Township of Johnson, as well as the supportive wife of long-time Mayor Ellwood McKinnon.

As in previous years, and due to safety concerns, candy will not be thrown from the floats but may be handed out by float volunteers.

The Sausage Booth, the Women’s Institute’s Roast Beef Booth, and the Gordon Lake Social Club’s famous Pie Booth will open at the JTCC Arena from 4:30 p.m. to 6 p.m. and again after the parade.

Music in the arena will be provided by Ezee Country, a group that features Henry, Ed, and Ron Schryer, uncles and cousins of the Julie and the Triplets. They will appear in the Arena from 4:30 p.m. to 7 p.m. and again after the Parade. KiddieLand and Games of Chance will also open after the Parade ends…new this year are games suitable for ages 7 to 10 by Celebrate Your Day, Your Way, a Dunking Booth (MPP Michael Mantha has volunteered to be dunked!), and an inflatable slide.

Local resident historians Sylvia Stobie and Lois Charron will be provide a Desbarats Remembers “Algoma –Look at Us! Our Home Towns, Our Family – Our Heritage” display, which plans include an old fashioned photo booth. The display will include historical and family memorabilia, photos, and a slideshow, featuring settler families of the surrounding area, including Portlock and Gordon Lake.

In the spirit of environmental responsibility, the Johnson Township Recreation Committee would also like to let the public know that many of the cups, plates and utensils used at this year’s Community event will be made up of compostable corn-based or recyclable paper products.

Receptacles will be available throughout the Arena to accept these materials and the Committee is asking the public for their help in disposing of their garbage in the proper receptacles.

Parades, games, music, food and non-stop fun, come out and celebrate your community!

Enjoy a syrupy stack in support of local youth
Jan 31, 2020 11:43 AM
Comments
We welcome your feedback and encourage you to share your thoughts on this story. We ask that you be respectful of others and their points of view, refrain from personal attacks and stay on topic. To learn about our commenting policies and how we moderate, please read our Community Guidelines.