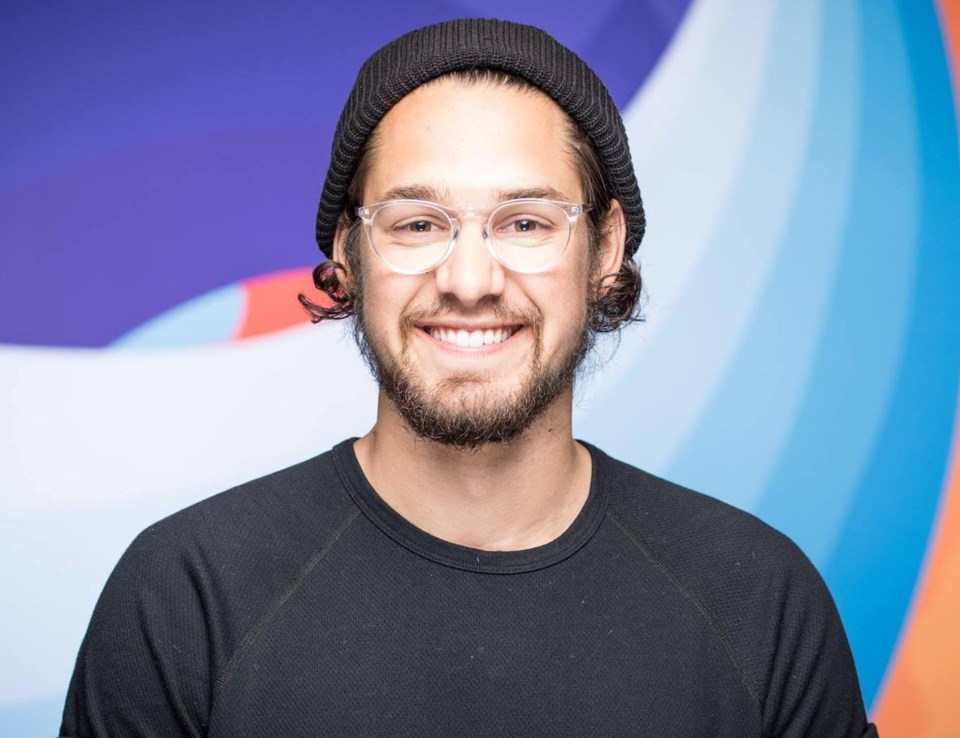 NEWS RELEASE
HURON-SUPERIOR CATHOLIC DISTRICT SCHOOL BOARD
*************************
The Huron-Superior Catholic District School Board (HSCDSB) organized an exciting opportunity for Grades 7 to 12 students. Just prior to Catholic Education Week, students from across the entire board received an inspirational message about pathways in education from an HSCDSB alumnus.

Matt Sicoly, a graduate of the former St. Patrick Catholic Elementary School and St. Mary’s College, spoke to students in two virtual sessions about what might lie ahead in their future, based on his experiences with the HSCDSB. Sicoly attended the University of Western Ontario and Ivey School of Business prior to launching a career that has included working for Facebook and being the youngest person to work at Google Canada.

Sicoly’s first presentation to over 600 Grades 7 – 9 students was entitled ‘Leadership is Not About Being the Loudest’. Sicoly shared stories of his time at St. Patrick School, noting that he became more involved in Grade 7. He served on student council and helped organize faith events in his final two years of elementary school.

“Leadership is owning your own journey, finding your own path, not just following the crowd or popular trend at the time,” noted Sicoly.

He added that, for him, getting more involved in school life helped prepare him for high school. He recalled that his biggest worries in Grade 8 were what courses to take. In Grade 9, he admitted to being “very nervous” on the first day at St. Mary’s College, but within days, he had settled into high school life, thanks to the welcoming attitude shown by his new peers and the staff at SMC.

Another key point of advice from Sicoly was for students not to dwell on a poor grade at any level of school, as he relayed a story about how a teacher settled him down after he had a low mark on a test.

“One bad mark or a bad grade isn’t the end of the world,” said Sicoly.

He also noted that, in high school, relationships with friends from elementary school might change but that change might be for the better. As circles of friends grow, true friends will always remain, even if lives move on different paths.

Sicoly also told the audience that sometimes what one expects to happen in high school might not and that another opportunity might come along. He relayed a story where he was devastated at not making the basketball team in Grade 11, but that prompted him to become more involved in school council and ultimately serving as a student trustee.

In the afternoon session, Sicoly spoke to over 150 St. Mary’s College students. The title of his presentation was ‘Busting the Myths of Life After High School’.

Sicoly did note that one’s approach to high school will go a long way to helping in post-secondary education, since the workload is harder and it provides a different challenge with much more reading, organization and research required.

He noted that university isn’t for everyone and that he decided in Grade 11 not to follow in the footsteps of his father, a dentist, but to focus instead on business courses. Sicoly says it wasn’t an easy decision to make, as he had envisioned being a dentist his entire life.

“Life is full of many decisions, follow your gut, do what feels right. Talk to family, friends, teachers and pray for courage.”

Sicoly says that his faith remains a key component of his life and that he still prays for guidance when making important decisions in life. He has asked others for input and prayed to God. He went through this process when he was contemplating leaving Google for another job.

In the end, his ‘inner voice’ told him it was time to make a move to a new challenge and he is now working for a Toronto start-up technology company that focuses on creating mentorship programs for businesses.

Sicoly is proud of what Catholic education helped him accomplish and that his memories of St. Patrick School and St. Mary’s College will always be with him.